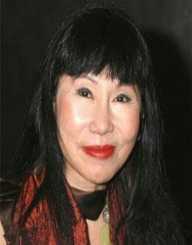 Amy Ruth Tan is an American National born to Chinese parents. She is a writer. The theme of her writings is mother-daughter relationships.

Amy Tan was born to Chinese settlers in America. She was born to the couple John and Daisy John. They had three children. Amy Tan is the second child. Her father was an electrical engineer. Her father had settled in the US during the Chinese Civil War.

Initially, Amy Tan studied in a High School in Sunnyvale for a year. There was a catastrophe in their family. She lost her father and brother to a brain tumour.

Amy, her brother, and mother relocated to Switzerland. She joined Institut Monte Rose High School at Montreux and completed her studies there. It is here that Amy got the information that her mother had four children from her first marriage and she had abandoned them in China. She went to China to see her sisters from her mother’s earlier marriage.

She studied at San Jose City College in California and completed her bachelor’s and master’s degree in English and allied subjects. She unsuccessfully attempted her doctorate in linguistics in 1976.

Amy Tan served in a telephone exchange, as a waiter, bartender, etc., and then started her career as a writer. She worked in projects of business groups writing under a false name.

Tan wrote her first book, The Joy Luck Club in 1967. The book was based on her impressions about her mother leaving the children from her first marriage in China and their relationship.

Her second novel, The Kitchen God’s Wife, deals with the bond between Chinese mother settled in the US and her daughter born in America. Her third novel, The Hundred Secret Senses deals with the bond between sisters. The fourth novel, Bonesetter’s Daughter, was also based on the relationship between a Chinese mother settled in America and her daughter of American nationality.

Amy Tan has been awarded on several occasions for her books, fictions, etc.

Tan’s novel, The Joy Luck Club was staged as a play in 1993 This has also been filmed. The Bonesetter’s daughter has also been in a musical theatre in 2008.  Her other book for children, Sagwa, the Chinese Siamese Cat has been shown on a TV show.

Amy Tan met her boyfriend, Louis De Mattei, at San Jose City College in California and married him in 1974. She now lives in California with her husband. The couple has no children.