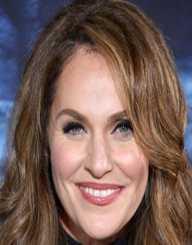 American actress, writer, and producer Amy Frederica Brenneman was born on June 22, 1964, in New London, Connecticut, the United States of America to environment lawyer Russell Langdon Brenneman Jr. and Frederica Joanne, a judge of the Connecticut State Superior Court. She was brought up in Glastonbury, Connecticut and was involved with acting from her pre-teen and teenage days with the school and local theatre groups.

Amy Brenneman attended Harvard University and graduated from there in 1987 majoring in comparative religion after having secured her high school graduation in 1982 from Glastonbury High School, Glastonbury, Connecticut. Incidentally, her mother was also an alumnus of Harvard University and was one of the first women to graduate from the iconic institute. Amy co-founded Cornerstone Theatre Company while studying at the University and accompanied the theatre company during its tours for several years after completion of her major.

Amy Brenneman began her acting career in 1992 appearing in three different episodes of the American Comedy Drama series ‘Middle Ages.’ Her next appearance caught the attention of the viewers and the critics alike when she played the role of a police officer who incidentally got involved with a mob.

Her portrayal of the character of police detective Janice Licalsi in the ABC police procedural drama ‘NYPD Blue’ catapulted her to the limelight of the television and film industry and also earned her a nomination for an Emmy Award for Best Supporting Actress in a Drama Series in 1994 as well as for Outstanding Guest Actress the year after. Her success in ‘NYPD Blue’ opened the doors of the film industry for her, and she made her maiden entry in the film industry in 1995 after having played a role in the film ‘Bye Bye Love’.

More films soon came in Amy Brenneman's way including ‘Casper’ (1995), ‘Heat’ (1995), ‘Fear’ (1996), ‘Daylight’ (1996), etc. Among these films, ‘Heat’ was a real hit having been applauded by the critics. In the film ‘Daylight,’ a thriller dealing with calamity, she starred opposite Sylvester Stallone and played the female lead in another thriller ‘Fear’.

Her film career graph saw a continuous upward movement, and she continued to churn out one film after another playing mostly the starring, lead roles. Her characterization of a stranger in a small desert town in the 1997 independent film ‘Nevada’ was highly admired. In 1999, Amy returned to the small screen after giving some stellar performances in films like ‘Your Friends & Neighbors’ (1998) and ‘The Suburban’s’ (1999).

Amy Brenneman came back to television in the 1998-99 seasons with a recurring role on the NBC comedy series ‘Frasier.’ She soon started her television series ‘Judging Amy’, where she was the creator and executive producer besides playing the role of the title character herself. Her mother’s real-life experience as the superior court judge in the state of Connecticut was the basis of the television drama series with a judicious mixture of interesting court cases and personal drama involving the title character, her family and friends.

‘Judging Amy’ was a venture very close to her heart and it was always her cherished dream to show the world the stories which have reverberated in her mind since her childhood after hearing those from the mouth of her mother. In no time ‘Judging Amy’ became the prime time leading drama of television. The series aired on CBS ran for six seasons and completed 138 episodes starting from its debut broadcast on September 19, 1999, till its conclusion on May 3, 2005.

Interestingly, the legal drama showed three generations of women in the show, the mother of the title character, social worker Maxine, portrayed by veteran actress Tyne Daly, Amy Brenneman herself in the title character of a New York lawyer turned juvenile court judge and her daughter Lauren played by Karle Warren. Her portrayal of a divorced single mother working as a juvenile court judge soon after her divorce earned several awards for her.

She won the People’s Choice Award and was nominated for three Golden Globe Awards, three Primetime Emmy Awards and one SAG Award for her brilliance in the series. She was bestowed with the honor of ‘Actress of the Year in a Drama Series’ in the form of ‘TV Guide Award’ in 2001 and also won the ‘Women in Film Lucy Award’ the following year.

Amy Brenneman married director Brad Silberling on September 30, 1995. The couple was blessed with a daughter and a son.