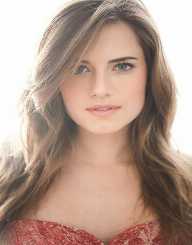 Allison Williams is an American actress; she is best known for her portrayal of Marnie Michaels in the TV show Girls.

Williams was born on 13 April 1988 in New Canaan, Connecticut. Both of Williams’ parent worked in television. Her father, Brian Williams, was the managing editor and anchor on the network NBC’s nightly news. Her mother, Jane Stoddard, worked as a television show producer. Williams went to school at the New Canaan Country School. She then attended the all-girls school, Greenwich Academy.

When she graduated, she went to Yale University. While studying at Yale, Williams was the member of an improv comedy group called, Just Add Water. She also appeared on the YouTube series, College Musical while still in Yale. Williams graduated in 2010.

Williams was cast in the role of Marnie Michaels in the HBO produced show, Girls. The show was created by and stars Lena Dunham.  Williams’ character is a friend and roommate of Dunham’s character. The show is a comedy drama and is produced by Judd Apatow and his Apatow Productions company. The show became a big hit and six seasons and sixty episodes have so far been made. It has also been nominated for fifteen Emmy Awards and six Golden Globe Awards. The show has also suffered from some controversies such as accusations of racism and sexism. The show is also aired in some countries outside America.

Williams has also made or appeared in some notable YouTube videos. The first was a video of Williams performing a mashup of A Beautiful Mind and Nature Boy in 2010. Williams wrote her sketches for Funny or Die that focussed on the British Royal couple, Prince William and Kate Middleton. Williams appeared as Middleton in these short sketches. Williams plays a recurring character on Jake and Amir, a show on the website CollegeHumor. Williams made an appearance in season three of the improv comedy show, The League in 2011. She appeared in three episodes of TheMindy Project in 2013. Williams played Peter Pan in a televised version of the stage musical shown on NBC in 2014 called, Peter Pan Live.

In 2015, Williams played a voice role in the animated comedy The Simpsons. Her first film role came in 2016 when she appeared in Past Forward. The film was not feature-length and covered the collaboration between David Russel and Prada. Williams made her feature film debut in 2017 as she appeared in the horror film, Get Out. Williams plays the lead female role in the film, Rose Armitage. Rose brings her black boyfriend, Andre Hayworth, to meet her parents, but he soon starts to notice that things are not as they seem. The film is directed by Jordan Peele, part of the comedy duo Key and Peele.

Williams married Ricky Van Veen in September of 2015. Van Veen is the co-founder of CollegeHumour. They live together in Chelsea, New York.