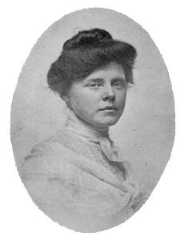 Alice Paul has a significant impact on America’s history and is a symbol of the fight for justice not only in America but also all over the world.

Paul advocated for equality between men and women and fought for a world whereby women would be equal partners. She successfully led to the 19th amendment of the constitution.

Alice Paul was born on 11th January 1885 in Mount Laurel Township, New Jersey. Her parents were William Mickie Paul I and Tacie Paul, who were Hicksite Quakers. She had three siblings called Helen, William and Parry.

Alice was brought up in the Quaker ways of life that involve public service. They believed in equality of all people before men and God. Her mother was a member of `National American woman suffrage Association,’ whereby Paul first learned about women suffrage and would sometimes accompany her mother to meetings.

Paul, as a young girl, had already identified her passion and purpose in life, being the betterment of the society.

Alice Paul joined Moore’s town Friends school, and upon completion, she was top of her class. Later, she joined Swarthmore College for a degree in Biology in 1901. Apparently, the college had been co-founded by her grandfather.

Paul became an active member of the student government while there, and this aroused an interest in political activism. Paul graduated in 1905. After graduation, she enrolled for a fellowship-year at a settlement house in New York where she worked for a year. Her stay there was beneficial and opened her eyes to the injustices present in the social system. However, she discovered that social work is not the solution to solve these problems

In 1907, Paul completed a course on political science, economics and sociology and was awarded an M.A by the University of Pennsylvania.

Later at around 1922, Paul returned to Washington College to pursue degree in Law. She then earned an LLM in 1927 and a Doctorate in 1928 the civil law studies.

Alice Paul moved to London, England in 1905 and joined Women’s social and political union (WSPU) which was a women’s suffrage movement led by Christabel Pankhurst and her mother, Emmeline Pankhurst.

The Union frequently held violent demonstrations to pass their message across. Due to this, Paul was arrested many times and served the jail term three times. However, this did not dampen her spirit as the movement was making a significant impact on the society then.

In 1910 Alice Paul returned to the US and aimed to continue the version of the English Suffrage movement in the US.  For this purpose,  she joined the `National women suffrage association’ and later became their chairperson in the congressional committee. However, she did not serve here for long as her ideas were contradictory to those of the association, and she soon left to start her group.

Paul successfully managed to form the `National Woman’s Party’ in 1916 with the help of an associate and friend named Lucy Burns. The objective of the group was to change women’s suffrage activities about the government. They protested against the president’s unwillingness to support the movement in 1916 when the presidential elections were being held.

The next year, during President Woodrow Wilson’s reign, Alice organized a group of women named `Silent Sentinels.’ The team held protests outside the White House in support of suffrage.

At this time, many women held non-violent protests, carrying banners regularly and demanded to be granted equal rights about voting rights. However, they were often arrested, beaten up by the law enforcers and imprisoned under inhumane conditions.

Paul was among them and went on hunger strikes as part of the protests, but was forced to ingest raw eggs to make her back down from the demonstrations. However, the women never gave up on their demands despite government’s mayhem. At the time, their protests received the remarkable media attention that caused the president to eat humble pie and give the situation the attention it deserved.

More so, Paul later served a crucial role in women civil rights act in 1964, with the help of a Democrat named Howard W. Smith.  Paul came up with a proposed Equal rights amendment which was later passed by both the houses, but not all states voted in favor of the change. However, some states fully adopted it and efforts are still being made to pass the amendment.

Alice Paul was extremely committed to fighting for women rights and never married. More so, she hardly had any romantic relations. Later, a nonprofit institution named Alice Paul Institute was founded in her memory. Also, The Alice Stokes Paul Award was developed to honor women who made significant contributors concerning women related issues.

Alice Paul suffered a stroke and died on July 9, 1977, at Greenleaf Extension home, at the age of 92.