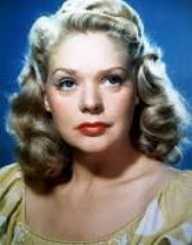 American singer-actress Alice Faye was born as Alice Jeanne Leppert on May 5, 1915, in Hell’s Kitchen, Manhattan, New York City, New York, United States of America. Her father, Charles Leppert, was a police officer, and mother Alice was an employee of the Mirror Chocolate Company.

She joined the Chester Hale vaudeville troupe as a chorus girl at the age of thirteen. Upon spending a few years with the chorus group, she received a job on Broadway in ''George White's Scandals of 1931''.

In 1932, Mr. Rudy Vallee hired her to sing on his pioneering musical variety radio program ‘The Fleischmann's Yeast Hour’ after she impressed him with her “Mimi” song at a cast party. Faye remained associated with the radio show, which was aired on NBC until 1934.

In 1935, film production giant ‘20th Century Fox’ was formed after the merger between Fox Film and 20th Century Pictures. Faye became a contracted actress of the production house. She zoomed past her way to the top of stardom on the strength of her performance in movies like ‘Alexander's Ragtime Band’, ‘In Old Chicago’, ‘Rose Of Washington Square’, ‘Little Old New York’, and ‘Lillian Russell’.

Before the merger, Faye had developed a brassy image in a rather loud imitation of Jean Harlow in movies such as ‘King of Burlesque' and ‘She Learned About Sailors’. It all changed after the merger, and Faye had the opportunity to showcase her softer image on her way to become a box office queen.

She garnered immense popularity as a bankable actress between 1930 and 1940. It was her popularity and crowd-pulling ability that made the filmmakers cast her in movies like ‘Barricade’ and ‘Tail Spin’ (both released in 1939). None of the films did justice to her talent. Both films were more melodramatic than usual and often did not have any song.  However, it was due to her presence that bailed out these films.

The Most Memorable And Challenging Role

In 1940, Alice Faye played the title role in the musical biopic ‘Lillian Russell’. In her opinion, this film is her most favorite film. She also regarded this film as her most memorable and challenging one. She played some more feminist roles before and after the biopic. Her singing prowess also came into play in films such as ‘That Night in Rio’ and ‘Week-End in Havana’, both released in 1941.

Her excellent comic timing, husky singing voice, and her ability to successfully portray the starry-eyed romantic roles of that era added an extra dimension to her image.

She returned to acting in 1943 after taking a year off as maternity leave. Her next film ‘Hello, Frisco, Hello’ became one of the highest revenue-generating films for 20th Century Fox. One of the songs of the film titled “You’ll Never Know” won an Academy Award for Best Original Song. Faye was among the co-signers of the song. She successfully defended her title of one of the biggest box office attractions in the world in 1943 as well.

End Of The Career

Alice Faye had to grapple with her family life during the peak of her career. She had difficulty in continuing her busy acting schedule, especially after the arrival of her second daughter. Consequently, she made a new contract with Fox with the condition of making only one film in a year. She had to forego some important roles due to her hospitalization during the second pregnancy.

The film ‘Fallen Angel’ was her last film appearance. She was cast in the lead role of the film. However, her role was cut short for giving prominence to an upcoming actress Linda Darnell.

When Faye realized the fact, she straightway left the studio and drove home after writing a scathing note to Mr. Darryl Zanuck, Fox studio chief. He was the person solely responsible for reducing the importance of her character. That was the end of her high-profile acting career as she never returned to face the camera again.

The couple had two children. Faye followed her husband three years after his departure. Alice Faye died on May 9, 1998, four days after she turned 83. She was at the Eisenhower Medical Center in Rancho Mirage, Calif, for the treatment of her stomach cancer at the time of her death.