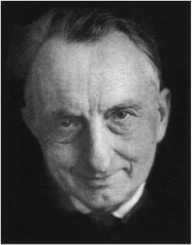 Born on July 11, 1916, Aleksandr Prokhorov was one of the revered and most decorated Soviet physicists. He was the first scientist to research into laser and masers. Aleksandr Prokhorov served as a professor at the University of Moscow in 1959 and an assistant director of the Lebedev Institute in 1968. In 1971, he became the head of the Moscow Institute of Physics and Technology. Prokhorov, Charles Hard Townes, and Nikolai shared the Nobel Prize in Physic in 1964 for his work on lasers and masers.

Aleksandr Prokhorov was born on July 11, 1916, at Russell Rd Peeramon, Queensland, Australia to Michael Jant and Mary Prochoroff. Both parents were Russian revolutionaries who had to leave the country due to the tsarist government’s authoritarianism. Aleksandr Prokhorov started his education in Australia at the Butchers Creek School. The family later returned to Russia after the 1923 October Revolution. After his secondary education, Aleksandr Prokhorov enrolled at the Saint Petersburg State University where he studied physics in 1934 and graduated with honors in 1939.

After his Ph.D., he commenced research on the synchrotron, which is coherent radiation emitted by electrons orbiting in a cyclic on the particle accelerator in 1947. Aleksandr Prokhorov was able to prove that most of the emissions were moved in the microwave spectral range. The outcome of the research set the ground for his habilitation on "Coherent Radiation of Electrons in the Synchrotron Accelerator" which he defended in 1951. Aleksandr Prokhorov became the assistant chief of the oscillation laboratory in 1950. With his position, Aleksandr Prokhorov grouped some young scientist to initiated a research into radiospectroscopy of molecular rotation and vibrations. The group also worked on quantum electronics. The research, which was conducted on both practical and theoretical basics delved into a special class of molecules that have three moments of inertia.

Aleksandr Prokhorov was made the head of the oscillation laboratory in 1954. Aleksandr Prokhorov then worked with Nikolay Basov to come up with theoretical grounds in creating a molecular oscillator and built a model of it based on ammonia. The two also made a postulation for the manufacturing of population inversion using inhomogeneous electric and magnetic fields. In 1952, the results of these research were presented ad a national conference, however, was published between 1954 and 1955.

Aleksandr Prokhorov also researched into the field of electron paramagnetic resonance in 1955. The initial research was primarily based on the relaxation times of ions of the iron group elements in a lattice of aluminium oxide. The research was later expanded to other areas like magnetic phase transitions in DPPH. With further studies, he came up with a method of using a chromium-doped variation of aluminium oxide as an active medium of a laser. Aleksandr Prokhorov, therefore, proposed an open type cavity designed laser resonator in 195 and that model is mostly used today. The research won him the Nobel Prize in Physics alongside Nikolay Basov and Charles Hard Townes in 1964.

Aleksandr Prokhorov received several awards and honors for his works including, Nobel Prize in Physics in 1964, Mandelstam Prize, Patriotic War,  USSR State Prize, State Prize of the Russian Federation and Medal Frederick Ayvesa. He became an Honorary President of the International Academy of Science, Munich and was posthumously named after the A.M ProkhorovGeneral Physics Institute of the Russian Academy of Sciences among several others.