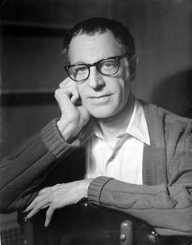 American psychologist Albert Ellis was born on the 27 September 1913 in Pittsburgh, Pennsylvania. He was one of three children and found his parents distant and unaffectionate. Ellis was a sickly child who spent time in hospital on several occasions. At one time he was in hospitalised for 12 months, and his parent seldom visited him.

Graduated from high school in New York, Albert Ellis obtained a BA from the City College of Downtown New York (1934). He enrolled at Columbia University to study psychology in 1942, receiving an MA in clinical psychology in 1943 and his doctorate in 1947.

Initially, after obtaining his BA in 1934, Albert Ellis worked in business and also tried to forge a career as a writer of fiction. He was unhappy with his career choices and decided to return to studying. Once he completed his studies in psychology in 1947, he went through initial training and practical work in psychoanalysis.

His wife, Dr. Debbie Joffe Ellis had continued with his work since his death in 2007. In 2010, Joffe co-authored Ellis autobiography All Out!  An Autobiography (2011).

Albert Ellis' first wife was Karyl Corper. The couple married in 1938, and the marriage was later annulled. He then married Rhoda Winter in 1956. They remained married for 37 years before divorcing. Ellis was then in a long-term relationship with Janet L. Wolfe, a psychologist (1965-2002). He later married Australian psychologist Debbie Joffe.