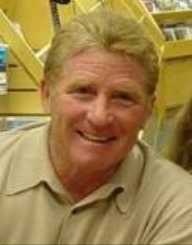 Alan James Ball was an English football player and manager.

Alan James Ball Jr was born on May 12, 1945, in the town of Farnworth, Lancashire, England. His father, Alan James Ball, Sr, was a football player and manager. His mother was Violet Duckworth Ball. He studied at the Farnworth Grammar School and dropped out early to focus on football.

As a teenager, Alan James Ball began playing for Ashton United, the team that was managed by his father. He negotiated with the Wolverhampton Wanderers, but they decided not to take him on. He then negotiated with the Bolton Wanderers, but they rejected him because he was too short. After that, his father pulled some strings to get him into FC Blackpool. He signed with the team in 1961 and made his Football League debut in 1962. In 1966, he played in the World Cup as part of the English national team.

Alan James Ball achieved great success and attracted the attention of clubs much bigger than Blackpool. A few months later, he transferred to FC Everton. He became one of the club’s best players. He, Howard Kendall, and Colin Harvey were dubbed “The Holy Trinity.” In 1971, he began playing for FC Arsenal. He broke his leg and missed several seasons. In 1974, he took part in his last World Cup.

While playing for Blackpool and Philadelphia Fury, Alan James Ball also served as their manager. In 1983, he retired from playing and became a full-time manager. From 1984 to 1989, he managed FC Portsmouth. He then spent two years managing FC Stoke City. From 1991 to 1994, he worked with Exeter City. During this time, he also coached the English national team. He spent a year managing Southampton and Manchester City. He briefly managed FC Portsmouth before his retirement in 1999.

Alan James Ball married a woman named Lesley in 1967. They had two daughters, named Keely and Mandy, and a son named Jimmy. Lesley passed away from ovarian cancer in 2004. In 2005, Ball began a relationship with Valerie Beech, his childhood friend.

Alan James Ball passed away in his home in Hampshire on April 25, 2007. He had a heart attack after trying to put out a fire that had started in his garden. He was 61 years old. On July 29, 2007, the Alan Ball Memorial Cup was held at Stadium MK.