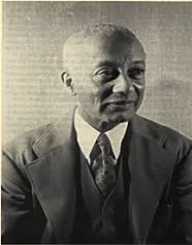 Alain Leroy Locke was born on September 13th, in 1885. He was a celebrated philosopher. He is best remembered for supporting the Harlem Renaissance. Due to his popularity, Locke has often been listed among the list of African American individuals that are regarded as highly influential.

Alain Leroy Locke was born on September 13th, in 1885. His place of birth was in Philadelphia, Pennsylvania. His father was called Pliny Ishmael Locke whereas his mother was called Mary Hawkins Locke. Both Locke’s parents were from famous families.

He was the only child born to his parents. Locke’s father was a well-known individual as he was regarded as the first ever African American employee to work with the U.S. Postal Service. Locke drew his learning inspiration from his mother who worked as a teacher.

Alain Leroy Locke joined Central High School situated in Philadelphia. After this, he joined Philadelphia School of Pedagogy. After that in 1907, he completed his studies at Harvard University. He had majored in philosophy and English.

After completing his studies, he earned the recognition for having been selected to benefit from the Rhodes Scholarship. He was the first black American to be chosen for the scholarship.

Alain Leroy Locke took the job as an English lecturer at the Howard University. This occurred in 1912. While teaching in Howard, he joined the Phi Beta Sigma. Four years later, he went back to Harvard University with the main intentions of completing his doctoral dissertation. After this, he again returned to Howard University, this time heading the philosophy department.

However, he was dismissed in 1925 for his lessons on race relations. Nonetheless, he was reinstated in 1928 and continued teaching until he retired in 1953.

During his career, Alain Leroy Locke is best remembered for his efforts in promoting African American writers and artists. He mainly encouraged his followers to draw their artistic inspiration from Africa. Zora Neale Hurston, a renowned author, drew her inspiration from Locke.