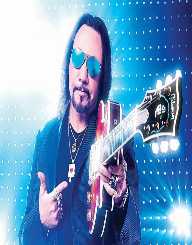 The passing of the 20-th century noticed a remarkable songwriter, guitarist and a musician. The same period harmony and standard keys of guitars and drummers were created. Ace is regarded as the main backbone of rock music. Other than his tonal talent, Frehley was vividly known for changing his facial appearance by applying different paints. It was an unusual trend, but his fans loved him for his unique personality. He was inspired by musical legends such as The Rolling Stones and Jimi Hendrix. His early and life achievements are entirely narrated in his ‘No Regrets’ autobiography. Even after forty years in the industry. Frehley still rules the rock world.

On April 27, 1951, Paul Daniel Frehley was born in The Bronx to Esther Anna Frehley and Carl Daniel. He is the youngest child of three elder siblings. He joined Theodore Roosevelt High School where he later graduated at the Grace Lutheran at the age of 13.His parents wanted him to complete his studies before embarking on his musical career. As an obedient child, he obliged where pursued his diploma. In the mid of completing his course, Ace worked as a delivery boy. In 1964 Frehley was given an electric guitar where he self-learned how to play.

Ace Frehley teamed up with promising bands without success. In 1972, he competed at Village Voice auditions where he performed for Wicked Lester band. Ace was lucky to be chosen as the leading guitarist in their group. He was encouraged to be a full-time musician after being paid a weekly wage by the Wicked Lester. They released their first album in 1974 titled KISS. He not only played guitar but he also learned how to write songs. In that case, he took a co-writing job in both the Cold Gin and Love Theme from Kiss songs.

He continued to fathom by releasing his first song titled Shock Me where he followed it up with Unmasked and Dynasty album. He was discouraged since his promising band worked behind his back. In fact, they opted to plan for a musical tour without his presence. With a never give up soul he created his band in partnership with John Reagan and Anton Fig. After performing at various shows, he was finally cemented by his album which was known as Mega Force Records. In the mid of 1987, he gave birth to another album Frehley Comet. The album chained his musical career by topping at 43rd position. He also managed to sell over 400,000 copies.

Early in 1988 Ace and his team released another album titled Second Sighting and EP Live plus 1.Both of the mentioned albums got positive feedbacks where they secured the billboard list. They later parted ways, where Frehley went back to his previous band in 1996.After two years; they released an album titled Psycho Circus. He then released an Anomaly album in 2009 and Space Invader the same year.

Ace Frehley was lucky since more than ten albums received applausive acclaims. Half of his albums fenced the Billboard 200 walls. He was also helped with his two siblings; Charles and Nancy who played piano and guitar. He got his fictitious name Ace from his close schoolmates. Music and most of the entire guitar that he received from his childhood days changed his life to the latter. He has a history of being involved with unrecognized street gangs when he was at his tender age. Nevertheless, music turned him into an influential persona.