If you go to a tarot card fortune teller, are you able to tell if you are getting good wealth and luck? Aside from fortune telling, tarot cards can help you with your money luck.

Many Wiccans use Tarot cards to visualize wealth coming in, like a spell to attract money. Before you can use the cards, first you have to learn which cards represent money and wealth. Understand that there are two ways to read a card: upright and reversed, usually reversed means the opposite. The cards do not always indicate bad luck when it is read reversed; depending on its location on the spread, it can serve as a warning.

Pentacles suit, also known as Coins or Disk suit, depending on which Tarot card you are reading from, represents the element Earth. People have toiled the earth, and fruits of labors went on to generate income, hence it covers the material aspects of life: work, wealth and possessions. A positive manifestation means a good sign, such as prosperity and fruition of material goals.

Negative aspects include loss, greed, and possessive to a state of obsession. The disk suit deal with physical side of things, and how we create and shape our health and finances. Any reversed card is a warning to take care, as if you are not careful with your greed or looking after your health you will risk losing wealth. 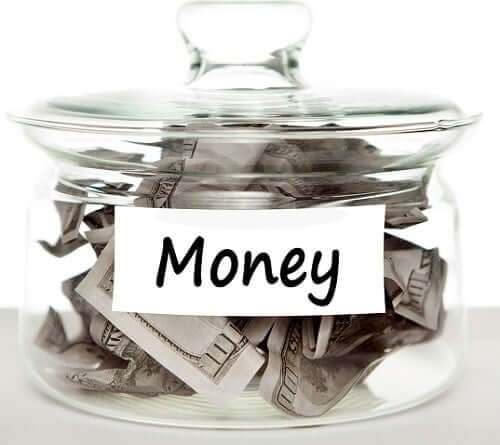 Top cards to look for when reading for money in a tarot deck:

#1. Page of Pentacles/ Princess of Disks

The Page of Pentacles can represent a young woman of Earth element, on a brink of a change. As a luck card, it brings news of positive change such as a new job or opportunity to increase your wealth. The card symbolizes transition into something better, if you have been struggling with the current situation. It will be beneficial to bring your past experiences to the new challenge. Reversed card warns of prodigality and greed, and its consequences.

Ace of pentacles represents new beginnings and inspiration, a manifestation of new opportunities. Ace of Pentacles also hints of new investments or a new business venture. It also may indicate an influx of money unexpectedly. The unexpected windfall should be accepted with grace and joy. It also symbolizes spiritual wealth, and by laws of attraction, positive energy attracts more good things. Reversed card may tell of greed and unearned success, or a warning about risk for the venture you are undertaking.

Ten of pentacles signifies accumulation of wealth and financial security, it shows that you can accrue enough wealth to allow your family to inherit it. It appearing during challenges and setbacks is a good sign, it symbolizes accomplishments. Ten of Pentacles is also a card of affluence, material abundance and permanence. It hints of a long lasting foundation for long term investments. If you have a reversed card, it hints of financial failure, and to be ready for it. 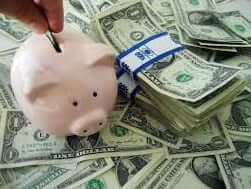 The nine of pentacles tarot card stands for sense of peace and satisfaction. Nine also represents a fulfillment of a venture or investment. You have reached a point where you can be more self-confident and self-sufficient. You can now enjoy money and time after success, or you can look forward to closing the deal that you have been working hard on. Even though Pentacles typically indicate wealth, Nine appreciates beauty and harmony of nature. When the reverse shows, be ready for some setbacks in life.

The seven of pentacles conveys message that you have strong desire to do long term investments, something that will pay off. The Seven shows reward after labor. Those who receive Sevens are wary about putting in effort for things that do not have good endings. Seven of Pentacles is a good sign for people who have been working hard for something; if a reverse is shown, it is a hint to pull out. Seven of Pentacles is an important card if you have been investing heavily, in relationships or business. When Seven appears, take note of position and be wary of the message.

The four of pentacles card show that accomplishments and reaching many of goals, and you are successful in accumulating material wealth. But, you risk becoming obsessed with material wealth. You are financially stable, but you are conservative about money, not a person who takes big risks. You are a person who values wealth as emotional security, and will work hard to secure it.

Other cards in the deck that will show promising messages about your wealth and financial future. They might not exactly relate to money, but they hint of some good fortune heading your way. Reversed card hints of losing some, or you becoming too greedy about money.

The six of wands tarot card signifies a pay off for your hard work in near future, you work hard using your skills and strengths to generate windfall. Aside from monetary gain, you can have fame and public acclaim. Think of it as an encouragement for your accomplishments and self-confidence, as long as you do not let your ego take over. While there is no bad news when read reversed, the tarot card is telling you that you are doubting your abilities, and not getting the recognition you crave for success.

The nine of cups card reflects happiness in areas like: health, wealth, luck, or relationships. It is in essence the Law of Attraction, where positive energy attracts more, we can create abundance of luck. A sense of fulfillment emotionally will bring about financial success, and Nine of Cups represents stability and advancement in life. A reminder to be more balanced: not to be lazy or overindulge. Having the card reversed can mean instability, or some negative energy attacking. Nine of Cups is also called a Wish Card, a card used in Tarot wishing spells.

The Sun tarot card is from the major Arcana, and it is the source of warmth and life. It is light in darkness, signifying optimism. The Sun means that your hard work will be rewarded, a positive outcome for high- earning investments and savings. The simple Sun represents simple pleasures in life, always look at the bright side of things. 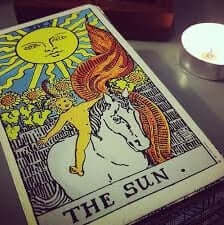 The Wheel of Fortune is the symbol of karma and life cycles. There will be a high after every low, the fighter in you, and not everything is under your control. Upright, the Wheel represents good luck, and to seize the wheel when it is upwards. When you get this card, always remember to go with the flow, and not to stress when things go bad.

Aside from fortunetelling, you can use Tarot card meditation to perform a wealth calling spell. There are many ways, although the simplest spell in the book is a visualization spell. Place the cards you want on an altar, and one that represents you. The list above should be sufficient representation for what you want. Some people use green candles to strengthen wealth luck, and to visualize money coming in.

Another popular habit is to showcase the cards that represent what you want: stability, success and public affirmation. Visualize your success daily, remember that good luck follows positive energy. Working hard towards your goal is half the battle, while you can use Tarot to emphasize positive luck coming your way. Always remember about Wheel of Fortune, what goes up must come down, and go with the flow.