Keywords they should focus on are duality, balance, feminine, masculine, polarity, earth and harmony.

The second tone of the Mayan Galactic numbers is 2 and is also known as Duality or Ka’a. In Mayan Tzolkin, Duality is considered the magnetic tone of challenge and polarity. 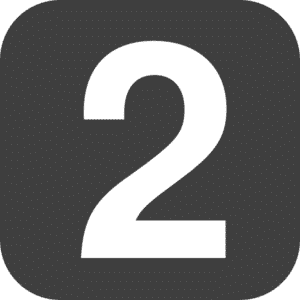 They represent the mysterious and unknown forces of the universe. They also represent partnership and balance. They symbolize the duality of male and female.

People born under the Maya two Duality galactic tone energy are mysterious. Their intuitions are high and they are very in sync with the energy of the earth. They have sort of a sixth sense in that they can tune into energies that others may not be able to hear. They have pin point instincts that may guide them in life and help them to avoid hurtful situations.

People are magnetically attracted to twos. They are very warm, inviting, and charismatic. They will have no problems finding a relationship. They know how to communicate and have a great grasp of balance in relationships.

They can be great at careers that require partnership and a sense of balance such as lawyer, judge, diplomat or politician. They make both great workers as well as bosses. They understand both sides of things and are easy to get along with. They are not ones to initiate new projects, but will be agreeable to the ideas of others.

They may have a hard time being grounded as their dual nature makes them also think of things that are more spiritual in nature. When they are in balance they are able to achieve greatness in their lifetimes. They can show others how to appreciate people for all they have to offer, including the good and the bad.

The Maya galactic tone two people suffer from many conflicts because of their dual nature. When they are out of sync they can be confused on which direction to take.

They can also go back and forth between many opposing dualities such as good and bad, happy and sad, masculine and feminine, etc. If they are out of balance they can go too far to the negative side of any polarity.

They should try to keep themselves in balance so they don’t fall into emotional or psychological illness. If they are not in balance they can be overly sensitive, withdrawn, and instead of having high self esteem will go towards the negative polarity of low self esteem.

They don’t take criticism very well, but their anger doesn’t last long. If they are criticized they will turn inward, but will also develop a very nervous energy.

The Maya day number Ka’a are also able to forgive and move on just as quickly. Due to their gift of balance, they can see and understand why the other person criticized them and are able to move on quickly as if nothing happened.

Two days are all about unity and balance. If you want to seek harmony and balance in your relationships, then ask for it on days that represent unity. Think of all the areas in the world that could be better if they stood as one solid, united front and meditate on that energy.