If we were to all discuss how unusual some of our respective dreams have been over the years, I’d be willing to place a bet that our jaws would drop more than once. It’s no secret that humans occasionally have strange dreams, perhaps about our futures, pasts, our sex lives, or sometimes even a completely different reality.

With this said, wouldn’t it be great if there was a way to interpret our dreams solidly? Of course, there are self-interpretation methods; however, there is also the Tarot card method. This method goes into great depth and detail on a few possible ways we could interpret our dreams. This ‘advanced’ method requires a tool called a set of Tarot cards.

Tarot cards have been around for centuries. Nobody knows exactly where or when they first surfaced, although it is known that it was sometime in the late eighteenth century. A complete deck of Tarot cards consists of seventy-eight cards. Twenty-two of these cards are known as the ‘Major Arcana’ cards and depict powerful images with great meaning behind them. Today, we will be discussing Major Arcana’s basic and reversed meanings concerning dreams.

The images depicted on Tarot cards each have their own individual meanings, similar to Star Signs, in a sense. I will include; the Fool, the Magician, the High Priestess, the Empress, and Death to give some examples of these images.

An important factor to keep in mind when analyzing these cards is that their images do not represent their meanings. For example, the Death card is symbolic of the potential for a fresh start, i.e., we have the opportunity to embark on a new phase of our lives, and we may leave the old self behind. It does not literally mean that we are going to die soon. This is the case for all cards, the Fool does not necessarily mean we are Fools, and the Empress does not necessarily mean we will become Empresses.

Applying a dream to a Tarot card

As we’ve already established, dreams can consist of absolutely everything. It is a fact that people have had dreams where they live in space or haven’t even been human beings. What this is to say is that anything can happen in a dream. However, the scenarios that we dream of usually stem from our moods during the day before our dreams or when we are in bed before going to sleep.

An example with great ecological validity comes from my father. He and my mother have split up in recent years, and since, he has gotten married. Approximately a week after his marriage, my father dream that my mother’s mother had passed away. This caused him to wake up, feeling sad and anxious for my grandmother’s health. If my father had dealt himself a three-card Tarot spread, as an example, he might have dealt himself the Fool, the High Priestess, and Death.

These three cards’ meanings can all be linked to my father’s dream. The Fool card is representative of the start of a new journey and stepping out into the unknown. It is a card of fresh beginnings, new starts, or changes in attitude. However, towards the feet of the Fool depicted on the card is a dog. The dog on the card represents the need to be cautious on this new journey because all of the facts may not be known. Reversed, the Fool card states that my father may be rushing into a new situation without forethought of what might happen should things turn out for the worst.

The High Priestess card symbolizes dreams, knowledge, and intuition. New lessons may soon be learned, giving us fresh insight into the world, but only provided if we follow our gut instincts. The High Priestess can often represent a man or woman older than us, which offer us help and advice during our times of need. 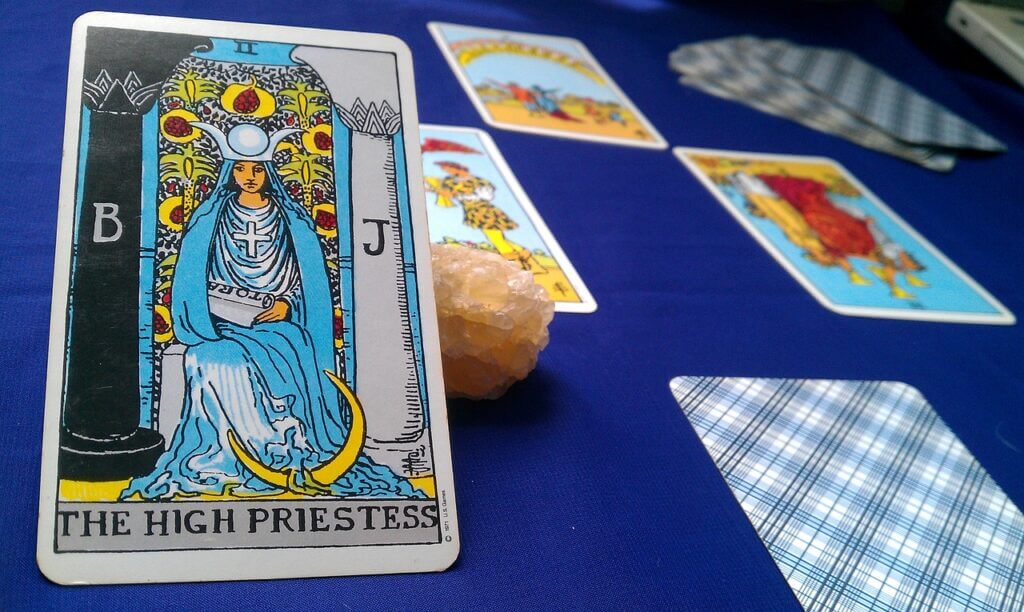 Reversed, the High Priestess asks us if we are confusing wishful thinking with instinct, stating that it would be wise to avoid decision-making presently. This is likely due to some of the facts being unknown, similarly to the Fool card.

The Death card symbolizes ‘the end of an era.’ Further stating that we have a chance to start fresh and embark on a new phase of our lives. In my father’s case, this is very relevant. The ‘end of an era’ is symbolic of my mother and his relationship ending, whereas the chance to ‘start fresh’ comes from his recent marriage to my step-mother. Reversed, the Death card states that we are resistant to change when dealing with the card. There may be good reasons for this, but regardless, we’re better off swimming with the tide than going against it.

The same principle can be applied to most dreams. Even ones that consist of ludicrous scenarios that couldn’t happen in reality. This can be done simply by following the basis of our dreams. For example, anything we learned and anything we feel upon awakening.

What to make of Tarot-dream interpretations

Tarot cards are not to everybody’s taste, as is the case with anything. Some believe they are severely vague and could be applied to most situations for different people. Others believe they have great insight and in-depth meaning. The symbolic value of our Tarot cards is as powerful as we allow them to be. Without belief or interest in the cards’ interpretations of our dreams, dealing with ourselves a spread will have little value to us.

When translating our dreams into Tarot form, it is important to remain focused to ensure our readings are as accurate as possible. We must refrain from letting our minds wander whilst dealing. Otherwise, the cards could give us an interpretation that isn’t true to our dreams. This may cause doubt, panic, or fear, which I highly doubt any of us want.