What Are Fairy Rings?

What Are Fairy Rings?

There are two answers to this question, as there are to so many questions in the realm of metaphysics and the fae. Fairy rings or fairy circles often appear as circles of mushrooms deep in forest areas, or sometimes on open grasslands. Their origin as a perfect circle is due to the nature of certain types of mushrooms.

They have a tendency to spread out through thread-like mycelia underneath the soil. This mycelia grows into an ever widening circle, often with a space of dead or wilted grass and other plants inside. This occurs due to the mycelia coating the roots of the grass and such, and drawing out moisture in very dry years.

There are often rabbits associated with fairy rings, often thought to be the steeds of fairies coming and going from festivities at the site. They could be the fairies themselves in animal form. There has been some scientific research into this suggesting this. Mushrooms require a nitrogen rich soil. And rabbit droppings are high in nitrogen, combined with their tendency to crop grass very short. This leads to the mushrooms winning out in the fight for nutrients in the soil. 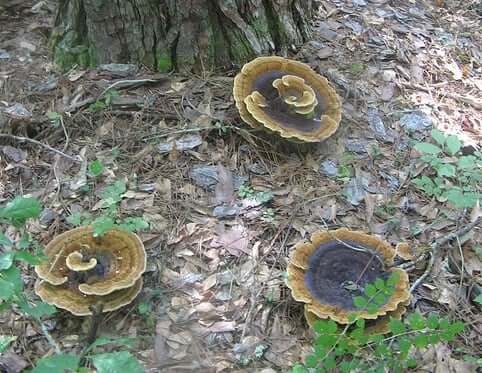 There are about 60 species that can result in a fairy ring, and this allows for the phenomena to occur all over the world in various places. Because of this, the folklore around fairy rings is pretty broad-reaching, being present in many countries around the world.

Walpurgis Night, a German holiday, was thought to be a night where many satanic rituals and acts of witchcraft took place. It was thought that the mushrooms marked the ring where the Witches had danced.

It was the opinion of the Dutch that the ring was caused by the Devil setting his milk churn on the ground. But the most commonly known story of where Fairy rings come from are associated with the dancing place of Fairies.

The Fairies would gather here on certain occasions, specifically between times such as twilight, and solstices and equinoxes. They will gather for their moots, to share information and celebrate their holidays. They dance and drink, and mortals are not intended to lay eyes upon them. If they should, however, they will be invited to dance, and woe be to those that join the Fae. (Know about the characteristics of Fae).

For when you join the Fae to dance, you may wind up like Rip van Winkle, disappearing for a hundred years, or you may never return at all. The Fae are not malicious, but they do adhere to their laws. Where the fairies dance, the mushrooms grow. They remain there for a long time, growing back year after year.