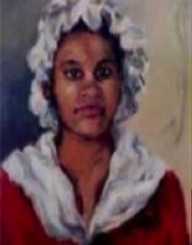 Lucy Terry was an African American poet and anti-slavery campaigner who lived from 1730 to 1821.

Lucy Terry Prince was a little child when she was captured in Africa. She was transported and sold into slavery in the US. Her exact date of birth is questionable, but it is believed that she was born around 1730. Her slave merchants sold her in Rhode Island. She stayed at the home of Samuel Terry for a while before being resold again. She adopted the family’s last name as was the custom in naming slaves.

When she was about five years, she was sold to Captain Ebenezer Wells in Deerfield Massachusetts. Prince was the only domestic slave. Since Wells had no biological child, they let her enjoy some sense of family attachment to them. She was taught how to read and write. She was baptized into Christianity as a child. Prince was given the membership of the church at the age of fourteen. This was rare in the slavery days, but the Wells gave her an opportunity that few slaves got from their masters.

She was known as an eloquent orator with good mastery of her articulation. Her poetry started when she was admitted in the membership of the local church. Prince composed poems and other short stories. Since she never wrote or documented them, most of them were forgotten or lost in the years. Her most famous poem "The Bars Fight" was published after her death.

In this poem, Prince recounts the final experience of two white households before their deaths. They were attacked by the Native American warriors. The two sides fought in the bars; the bars was a colloquial term for meadows. When the fighting had settled all the members for the white families had been killed. Though the poem had no conformity with conventional English poetry, it became famous among the white community. For years, the poem was over through oral recitation.

When she got married, her home was a center of literature. Free men and slaves often congregated in her home to hear her poems. She was particularly keen on the African stories of old. These narrations reminded the black community of their heritage and cultural history.

She was married to a wealthy black man from Curacao. The marriage to Abijah Prince was officiated in the local church in 1756. Abijah was himself a former slave. In his will, Reverend Benjamin Doolittle freed Abijah and gave him an inheritance of land. Lucy Terry added her husband’s name and became Lucy Terry Prince. Lucy Prince was freed from slavery upon her marriage. Popular believe is her husband bought her freedom. Other narrative states that the Wells just released her as their daughter.

The couple had six children. One of them fought in the American war of independence as a free man. Abijah died in 1794. Prince inherited the land and the financial activities of her late husband.

Her eloquence proved her versatile asset in fighting injustice in society. In 1780, Prince had her family’s barn and stocks of hay burnt by her neighbor. She took her case to the governor. After the hearing, the governor ordered the town council to offer her family the appropriate security.

In a bid to get her son admitted at Williams College, Prince presented her plea to the admission panel. The oral application lasted for three hours. Though her son was not admitted to the college, the panel was impressed by the articulation in her speech.

In a court battle against Colonel Eli Bronson, her oratory skills surfaced again. Bronson had laid claim to a piece of land owned by the Prince family. When the case commenced Bronson hired two of the best lawyers in Vermont. Though Prince had a lawyer, she decided to present and defend her case. The judge ruled in her favor. Prince who never went to any college had defeated the best lawyers in town. One of the lawyers later became the Chief justice of the Vermont Supreme Court.

After the death of her husband, Prince relocated to Sunderland in Vermont. She eventually died on July 11, 1821.

Prince became the second African American to publish any kind of poetic literature. The first pioneer was Phyllis Wheatley. Another milestone in her life was the court battle against Bronson. History will always remember her as the first lay African American woman to defend her case in a State Supreme Court and win.