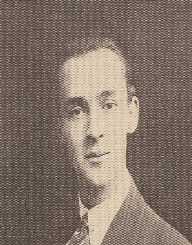 Ivan Bunin was a Russian writer, poet, and novelist born in October 22nd, 1870. He is best remembered as the first Russian ever to win a Nobel Prize. He was honored with the prestigious Nobel Prize for Literature in 1933. He was born to a family of five children. He came from a noble family but later lost all their estates following their father's gambling problems. He even had to discontinue his schooling due to financial constraints. In his writing career, he wrote many short stories and also authored novels. Among his short stories collection was the book To the Edge of the World and Other Stories. Among his best novels were: The Village of 1910, Dry Valley of 1912 and Mitya’s Love of 1924.

Ivan Bunin was born on October 22nd, 1870. His place of birth was in Voronezh situated in central Russia. He was the youngest son of Lyudmila Bunina and Aleksey Bunin. He had two elder brothers by the names Yuly and Yevgeny. He also had two small sisters Masha and Nadya. Unfortunately, the family lost Nadya when she was still quite young.  The great poets Anna Bunina and Vasily Zhukovsky were part of his ancestry.  He had his first literature experience with his mother. She was a great mentor to his passion in literature.

Ivan Bunin has first received his education from Romashkov. He was a private tutor. Later Yuly his older brother took over the role as his tutor. At the time yuly was also a student himself but at the university. He was a great influence on his younger brother Bunin. He even encouraged him to start writing. He later joined the gymnasium situated in Yelets in 1881. This is where he took his secondary education. Unfortunately, during this time his father was down financially. His father had a gambling problem, and that is how they lost their estate. Ivan Bunin had to drop out of school in 1886 following their financial situation.

Among the first poems that Ivan Bunin wrote was Village Paupers. It was published in 1887 by magazine Rodina. Meanwhile, he also did other jobs to support himself financially. In 1889, he traveled to Kharkov along with his brother. While there, he busied himself with some jobs. He was initially an assistant editor then shifted to court statistician. He also became a   government clerk and later a librarian.

Later in 1889, he was among the editors of the Newspaper Orlovsky Vestnik till 1892. During this time, some of his works were published by the local newspaper. His premier short story was published in 1891. It was released with the title Country sketch.

He later wrote a collection of his short stories. In 1897, it was published with the title To the Edge of the World and Other Stories. In his later years, Ivan Bunin spent the rest of his life in Paris. During his the last days of his life, he suffered from various illnesses. He first developed chronic pneumonia then Asthma.  He also suffered from bronchitis.

Ivan Bunin was awarded the second Pushkin Prize in 1909. In this same year, he attained membership at the Russian Academy.  He won the prestigious Nobel Prize for Literature in 1933. He then turned out to be the first Russian ever to receive the prize.

In 1889, Ivan Bunin was romantically involved with Varvara Paschenko. They later parted ways in 1894. In September 1898, he tied the knot with Anna. The marriage ended in 1900 and Anna was pregnant with his son. His son was later born but died at a young age. He married once again in 1922, this time to Vera Muromtseva.

Ivan Bunin took his last breath on November 8th, 1953 in Paris. He was 83 years old at the time of his death.