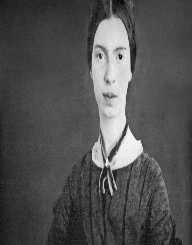 Anne Bradstreet was born in Northampton, England in the year 1612 to a well-read father, Thomas Dudley. Anne was formally enrolled at the school, but she was home-schooled by her dad, and the other bit was self-education. Her father was a steward at the Earl of Lincoln’s estate where he worked as a steward till 1630.

While living in Lincoln, Anne was exposed to books by Pliny, Seneca, Homer, Ovid as well as The Geneva translation of the Bible, which were all in the Earl’s estate. Anne ramped up a reputation while living here as someone with a huge appetite for reading.

When it was time for Anne Bradstreet's father to move on, Anne was betrothed to a man who became her husband and together, they made a trip across New England. The travel party made it through the wilderness over the next three months till they landed at the Salem port of Massachusetts on July 22nd, 1630. Their journey was tagged a puritan’s voyage as they went in search of the new world.

The New World assailed them with deprivation, wantonness and rampant sickness that held sway over the colonies. Anne submitted to the Puritan life in Boston by becoming a part of the church. Anne's life’s disposition of ambivalence towards personal redemption and salvation was shaped by the bare lifestyle she encountered in the colonies.

The common life of the inhabitants of the new world was one of lack and rampant sickness. The aboriginal Indians also made these worse by launching raids on the new settlements that cropped up around the pristine neighborhoods. From a documented account of the American world into the 1800s, only a few women were recorded to have published their poetry. Anne, therefore, earned a place among this select few with her works.

As Anne Bradstreet's family settled into life in Salem, they had to share most things at the beginning between her father and her husband. Their life was hugely Spartan, and they had little or nothing to call theirs at the time.

The writings of Thomas Dudley gave an insight into the life Anne lived as he complained of the absence of a dinner table. They had to share a room when winter set in as there was a fireplace in there to keep them warm. Over the next few years, Anne and her family had to change their abode to live a better life. Anne Bradstreet's travel party moved first to Charlestown from Salem before berthing at modern-day Cambridge, known then as Newtown. They moved on to Ipswich before settling down at Andover in the year 1645. The works of Anne portrayed a conflict of religious and emotional slants within her while living as a puritan. Her writings became a vent to voice the mix of turmoil she was going through at the time.

Anne dovetailed into the themes of death, sin, redemption as well as bodily frailty. She penned her internal fights over the promises of heaven and the present state of personal sensory enjoyment. Her day-to-day spousal and kindred satisfaction gave room for her to explore a balance between the eternal and ephemeral.

Anne Bradstreet voiced her struggles with detachment from the world despite her puritan oaths. Her strong attachment to her spouse and her kindred made her feel she was less connected to God.

Anne Bradstreet is the exemplar of the feminine poet of the New World. Her poems known as the “Tenth Muse Lately Sprung Up in America” got published in 1650 across the Atlantic in London. William London listed the poem as one of the wave makings and most sought-after books in 1658 in his compilation “Catalogue of the Most Vendible Books in England.”

The King George III was documented to have kept a volume of Anne’s poems in his collection. To date, Anne’s writings are referenced among the most significant of America’s earliest poets and writers.

Anne Bradstreet's propulsion to write is situated by reviewers to have answered to her personal need rather than a global reach. While her works got well-received by those who came in contact with them, she penned them for her friends and family was. For example, Anne's first works in poetry were taken abroad by her husband’s brother and were not meant to be a commercial work. The accidental success of “The Tenth Muse Lately Sprung Up in America” came when she was 38 years old. At the time, the work was a bestseller in England though little was known of it in America. The bulk of work that appeared in this volume was penned by her in the decade to 1645.

Other writings to friends and loved ones only became public material after Anne’s death, and they were largely meant for family consumption. These writings took on a more private tone than the one published in the England release. They also bore a more distinct signature and hue.

Anne's writings on the subject of love were unique at the time and bore no semblance to the prevailing style of her era. Known names like Michael Wigglesworth and Edward Taylor had a different slant in their writings which were well-known in Massachusetts.

Anne's writings bore a distinctive proof of the acceptable poetic form and intelligence expected of an accomplished writer. She also penned epitaphs for her parents when they died, and she alluded to their puritan-modeled life.

Anne Dudley is thought to have married her husband, Simon Bradstreet in the year 1628. The pair remained married till she died in 1672.