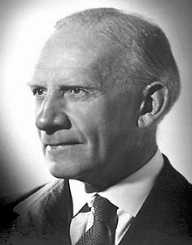 Vladimir Prelog was born on July 23, 1906, in Sarajevo, Condominium of Bosnia and Herzegovina, Austro-Hungarian Empire. His father was a history professor at a gymnasium in Sarajevo but later transferred to the University of Zagreb.

Prelog attended elementary school in Sarajevo, but when his father changed jobs, the family moved to Zagreb. He studied at a local gymnasium, but the family had to move once again, and he transferred to Osijek gymnasium. During his time at the Osijek Gymnasium, Prelog was inspired by his chemistry professor Ivan Kuria and became interested in chemistry.

In 1922, Prelog published his first scientific paper in the German Chemiker Zeitung. The article was about the analytical instrument used in the chemistry laboratory. In 1924, Prelog entered high school in Zagreb. After high school, following his father's wishes, he went to the Czech Technical University in Prague, which he graduated in 1928. The following year, he earned his doctor of Science degree in chemical engineering.

After graduating from Czech Technical University, Prelog began working at a plant laboratory in Prague. Due to the Great Depression, there were not many academical positions available at the time. At his job, Prelog was in charge of the production of rare chemicals. He worked for the company until 1935, and during this time, he was carrying out research in his spare time. His main interest was alkaloids and cacao bark.

In 1935, Prelog was offered a position at the University of Zagreb, where he began lecturing organic chemistry and chemical engineering. In Zagreb, Prelog collaborated with several of his students and began researching quinine and its compounds. He gained support from the pharmaceutical factory “Kastel” and developed a method of producing Streptazol. In 1941, he developed a synthesis process for adamantane.

In 1941, Richard Kuhn invited Prelog to give lectures in Germany. Prelog and his wife asked for help from LavoslavRuzicka, who invited them for a visit. This gave Prelog and his wife a chance to escape to Zurich. Ruzicka was a major help to him and helped him get a spot at the Organic Chemistry Laboratory in the Swiss Federal Institute of Technology. There he worked on separating the chiral enantiomers of Troger’s base.

With his method of chiral resolution, he was able to prove that carbon and nitrogen atoms are the chiral centers in a molecule- a theory that was speculated for several years. Prelog was quickly advancing his academic career and rose up from being an assistant to the Privat-Dozent, Titular professor and associate professor positions until in 1952; he became a full professor. In 1957, he became the head of the laboratory at the Swiss Federal Institute of Technology. He succeeded his close friend Ruzicka since he was Jewish and fled to the United States.

Prelog’s biggest focus was on the chemistry of alkaloids. However, during the 1950s, with the rising importance of microbial metabolites, Prelog began researching these compounds. This led him to investigate antibiotics, and he elucidated such compounds as nonactin, boromycin, and rifamycins. In 1944, Prelog separated the enantiomers with the trivalent nitrogen by column chromatography. The method was brand new at the time, making Prelog the pioneer in stereochemistry. He gave the first Centenary Lecture if the Chemical Society in London in 1949 on this topic.

Prelog studied asymmetric syntheses and enantioselective reactions. He established the rules for the configuration of educts and products. His work was a major contribution to the mechanisms of stereospecificity of enzymic reactions and the structure of the active site of the enzymes. In 1954, he collaborated with R.S. Cahn and Christopher Ingold to build a system for specifying particular stereoisomers by a simple descriptor. The Cahn-Ingold-Prelog (CIP) system was developed, and the three published several papers on the topic.

During his career, Prelog won several awards and honors. In 1962, he became the Foreign Member of the Royal Society for his contributions in the modern stereochemistry. His biggest achievement was winning the 1975 Nobel Prize in Chemistry for his research in stereochemistry if organic molecules. Prelog was one of the 109 Nobel Prize winners that signed the peace appeal for Croatia in 1991.