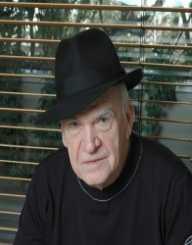 Milan Kundera was born on April 1, 1929. He is a French writer. His best works include ‘The Unbearable Lightness of Being.’

Milan Kundera was born on April 1, 1929, in Czechoslovakia. He was born into a middle-class family. He was born to Ludvik Kundera who was a pianist and a musicologist and Milada Kunderova. He started playing the piano when he was still very young. As a teenager, he joined the Communist Party of Czechoslovakia, but he was later expelled from the party.

In 1952, Milan Kundera became a lecturer in world literature at the Film Faculty. He began his writing career in the 1950s. In 1955, he published the collection of poetry titled ‘The Last May.’ In 1957, he published ‘Monologues.’ In 1956, he joined the Communist Party again. In 1970, he was expelled once again from the party. In 1962, he published his works titled ‘The Owners of the Keys.’

In 1967, Milan Kundera published the novel ‘The Joke.’ In 1968, he was involved in the Prague Spring which was engaged in reformist activities. In the same year, their activities were crushed by the Soviet Invasion of Czechoslovakia.  When the Soviets invaded, Milan lost his job as a teacher due to his involvement in the Prague Spring. His books were then banned from the libraries, and ultimately he was prohibited from publishing his books.

In 1975, Milan Kundera and his wife went into exile in France. In France, he got a job as a teacher at the University of Rennes. In 1979, he was stripped of citizenship by the Czech Republic. In 1981, he became a naturalized citizen of France. In 1984, he published the novel ‘The Unbearable Lightness of Being.’ His other works include ‘Slowness,’ ‘Immortality’ and ‘Identity.’ His books have been translated into other languages since they were written in French.

In 1985, Milan Kundera received the Jerusalem Prize. In 1987, he received The Austrian State Prize for European Literature. In 2000, he won the International Herder Prize. In 2007, he won the Czech State Literature Prize.

In 1967, Milan Kundera married Vera Hrabankova. He has an estimated net worth of $8 million. He is currently eighty eight years old.