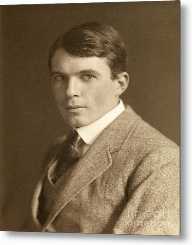 Sir William Lawrence Bragg famously known as Nobel Laureate in Physics was born on 31st March 1890. He received his first Nobel Prize alongside his father at the age of 25 making him the first young winner of the prize. He was also enrolled in the British Army and also worked as a professor. He died on 1st July 1971 in Waldringfield, Ipswich, Suffolk, England at the age of 81.

Sir William Lawrence Bragg was born as the first born son in a family of three children on 31st March 1890 in Adelaide, South Australia. He was born to Sir William Lawrence Bragg and Lady Gwendoline Bragg. He went to the Queens Preparatory School in North Adelaide where he expounded his knowledge on primary science before joining the St. Peter’s College. After attaining basic knowledge from this institution of learning, he graduated in 1904. His father, being a professor of Mathematics and Physics had ignited in William an urge to pursue the same course of study.

Sir William Lawrence Bragg joined the Adelaide University where he took on three subjects of study including mathematics, Physics, and chemistry. He was still a young teenage boy by the time he was graduating from the university in 1908 although he was a bright boy. The following year he joined Trinity College in Cambridge and completed his course in mathematics. His father, however, convinced him to pursue a course in physics which he concluded in 1912 with a first class honors.

Upon his graduation, Sir William Lawrence Bragg was impressed by some of the projects showcased by Max Van Laue regarding X-Rays. The principle by which the X-Rays could be diffracted by the use of crystals impressed upon the mind of William a curiosity which he wanted to unveil. With much consultation with his father, the two began doing a project which was known as X-Ray crystallography and in turn, they implemented the Bragg’s Law. In 1914, Sir William Lawrence Bragg was enrolled in the British Army where he worked in the Map Section in France during the World War I. Immediately after the war; Sir William went to lecture at Victoria University of Manchester where he served for eighteen years.

Sir William Lawrence Bragg also took on other responsibilities such as ‘Director of the National Physical Laboratory’ (1937-1938), ‘Professor of Experimental Physics: Cambridge University.’ He was also an established professor who was in charge of the Cavendish Laboratory at Cambridge University (1938-1953). Sir William also worked at Royal Institution in London as Resident Professor for thirteen years from where he also retired in 1966.

One of Sir William Lawrence Bragg’s significant achievements is his discovery of the Bragg’s Law which combined his father’s input as well. The law helps in making calculations of where an atom lies in a crystal after diffraction of an X-Ray.

Sir William Lawrence Bragg was the youngest winner of the Physics Nobel Prize which he received in 1915 alongside his father. He also received an honor as the ‘Knight of the British Empire’ awarded him by King George VI in 1941. In 1946 and 1966 he won the ‘Royal Medal’ and the ‘Copley Medal’ respectively.

Sir William Lawrence Bragg walked down the aisle with his beloved partner Alice Grace Jenny Hopkinson. The couple had four beautiful children, two sons, and two daughters. Apart from science and doing research, he was also a gardener and was absorbed in literature and art as well. He also loved picking up shells belonging to different species. He passed away on 1st July 1971 in Waldringfield, Ipswich, Suffolk and was laid to rest at Trinity College Chapel.