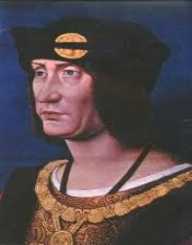 Princess Jeanne of France was a physical invalid and presumed to be incapable of bearing any children. Louis XI died in August 1483 and was succeeded by his son Charles VIII at the age of 13. The king’s elder sister became the regent ruler of the kingdom until he turned of age.

Louis of Orleans now of age, staged a revolt against the young inexperienced king. He waged war against the regent ruler Anne from 1485 to 1488 in a bid to claim the throne from his cousin King Charles VIII.

The French army defeated Louis of Orleans and his Brittany and Burgundy allies in July 1488. As a result, Louis of Orleans was captured and imprisoned. He was later pardoned in 1491 and accepted to help King Charles VIII in his conquest bid of Italy.

On April 7, 1498, King Charles VIII died at the age of 15, leaving no male children behind. Louis, Duke of Orleans, succeeded his cousin and became the king of France. He became the first French king from the House of Orleans.

Louis XII prevailed on the Catholic Pope to annul his marriage in December 1498. He married Anne of Brittany, the surviving widow of the late Charles VIII in January 1499. His marriage to Anne of Brittany prepared a political alliance between France and the Duchy of Brittany in a future invasion of Italy.

Louis XII reformed the judicial system which had been oppressive to the ordinary citizens. He established a strict taxation system and stabilized the economy of the low-income citizens of France. He revived the French claim to the kingdom of Naples in Italy, which was once held by Charles VIII.

He diplomatically isolated Lodovico Sforza, the Duke of Milan from the League of Venice. Without any allies to defend him, Duke Lodovico was exposed to the French invasion. In 1499, Louis XII invaded and captured the Duchy of Milan.

In 1500, Louis XII entered into a treaty with King Ferdinand of Aragon in the town of Granada. They resolved to jointly attack and capture the kingdom of Naples and equally partition it between the two. They invaded and won Naples in 1502.

The two kings differed on the partitioning method. In 1503, the Spanish army succeeded in driving out the French in Naples. Ferdinand of Aragon entered into a treaty with Italian duchies, the Holy Roman emperor and the Vatican to form the Holy League. The league fought and defeated Louis XII of France in Milan in 1512.

In 1513, other European powers joined in the war against the French. King Henry VIII o England led his army to invade France in a bid to dominate the continental neighbor. Louis XII faced another invasion in the east from an onslaught led by the Swiss and German coalition. With the British threatening from Calais and the Swiss advancing from Dijon and gravely close to Burgundy, Louis XII was besieged.

Unable to contain the advancing armies, Louis XII entered into a treaty with the European powers without losing an inch of the French territory. He managed to secure an honorable retreat and saved the French from immediate occupation and possible partitioning its neighbors.

In 1476, Louis XII married Jeanne of France after being forced by her father King Louis XI. The marriage ended after a papal annulment in 1498. He married his second wife Queen Anne of Brittany in 1499.

In October 1514, Anne of Brittany died. Louis XII married Mary of Tudor, the younger sister of King Henry VIII of England. Despite the two marriages, Louis XII had no sons to inherit the kingdom after his death.

King Louis Xii of France died on January 1, 1515, in Paris. His cousin Francis I of France succeeded him. Francis, I was also the husband of Claude, the eldest daughter of Louis XII.

In his reign, Louis XII instituted laws that protected the commoners from the nobles. He waged and financed his foreign wars without increasing taxation on the French like his predecessors.

Despite his foreign military expeditions, his domestic policy was peaceful and progressive. Louis XII reigned as king in a kingdom devoid of civil strife. He was fondly referred to as the People’s King by his subjects.