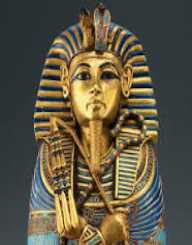 Allow us to blow up history with life and tales of the 18th Dynasty, King Tut. Sadly he died at only 19 years of age, but he still lives up to his name. He is first recalled for reversing a strong religious reform that his father, Pharaoh worshiped to his last. Wonder what he is best known for? Take a look:

Early Life & Taking over the Throne

It was around 1341 BC that Tutankhamun was first seen in the Egyptian royal court. He was born to Pharaoh Akhenaten. His mother was a lower-grade but not the main wife to Pharaoh. She had only daughters, but despair forced him to look for another wife who would bear a son for him.

At seven years of age, King Pharaoh died where his only son married his sister. It was there that he was named as Pharaoh. At only 19, he already had a wife as well as acting as a leader in Egypt. Gladly he was helped by great personnel’s to plan on the country’s agenda including Ay and Horemheb.

Egyptians weren’t pleased with Tut’s father reign. As a result, his right-hand men took the role of fixing ringing thorns. It was under his rule that Egypt regained their old god as well as repairing old temples. He also named himself as Tutankhamun.

Sad to say, Tutankhamun didn’t hold this position for long. It isn’t sure if he was killed or he was sick. Sources claim that he succumbed to an infected injury on his leg.  The Valley of the Kings tomb is still recalled to date. When he died, he was buried at the said tomb that was kept hidden without open force. It was later brought to light in 1922 by none other than great archeologist, Howard Carter.