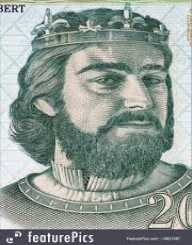 Charles, I alias Charles Robert was king of both Hungary and Croatia born in 1288 and died in 1342. After he became king in 1308, he held the position until the time of his death. He was a good king who not only civilized his kingdom but also, restored it to that of great power.

Charles, I was born an only child in 1288. His place of birth is believed to be Naples, Kingdom of Naples, Italy. Charles Martel, Prince of Salerno, and Clemence of Austria were his parents. Charles was only seven years old when his father died in 1295. He had to inherit Hungary at a young age. Stephen V was his grandfather.


Rise to the Throne

In 1301, Charles was crowned. However, due to disputes in the claim, he surrendered the crown. Luckily for Charles, in 1308 he was again recognized as king. Later, in 1310, he was given the Crown of St. Stephen.

Charles, I was an organized king who wanted the best for his people. He put in place Foreign policy to benefit Hungary. He allied with Poland in 1335. This was a joint effort meant for defending their kingdoms against both the Habsburgs and the Bohemians.

Charles married three times. The first marriage was to Duke Casimir of Teschen’s daughter Maria in 1306. Sadly, she passed on in 1318. Charles had to remarry, this time to Beatrice. She was Emperor Henry VII’s daughter. Beatrice died two years after their wedding and for the third time, he married Elizabeth. She was the daughter of the then king of Poland, Wladislaus Lokietek. The fruits of all the marriages were five sons of whom three survived him.