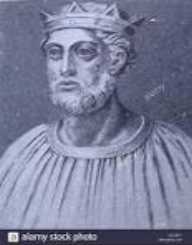 Born either in 1177 or in 1178 as a Prince of the Hohenstaufen dynasty, Philip was the fifth and youngest son of Frederick I Barbarossa, the King of the Holy Roman Empire. He was born in a place near Pavia, situated in the Imperial Kingdom of Italy.

His mother Beatrice was the second wife of Frederick I Barbarossa. During his younghood, he prepared himself for an ecclesiastical career. He first worked as clergy of Adelberg Abbey.

In April 1189, Philip was elected as Provost of the collegiate church of Aachen cathedral. During the same time, his father died in a drowning incident while participating in the Third Crusade away from his home in Germany.

Philip married Irene, daughter of the Byzantine emperor Isaac II Angelus, in May 1197. Shortly after his marriage, his brother and the King of Germany, Henry VI died in September 1197.

The succession to the throne passed onto the less than three-year-old son of Henry VI, Frederick II. German princes opposed the accession of the throne by the infant son of the deceased emperor. The princes loyal to the Hohenstaufen dynasty elected Philip as the new German King in March 1198. His coronation took place in September 1198.

Beginning of Rivalry With Otto IV of Welf Dynasty

Philip was elected as the German King upon the death of his brother Henry VI by the princes loyal to the Hohenstaufen dynasty. However, not all the parties were in favor of his election. Archbishop Adolf of Cologne with the support of parties opposed the election of Philip and elected Otto IV, the son of Henry the Lion of Brunswick. Otto IV was from the rival Welf dynasty.

The Cologne Archbishop crowned Otto IV on July 12, 1198, at Aachen, the traditional place for such ceremonies before the formal coronation of Philip. However, the Imperial Regalia required to establish the authenticity of the crowning was in the safe custody of Philip. A civil war broke out between Philip and Otto IV as a result of the dispute.

The Civil War And The Reconciliation

In the initial days of the ensuing civil war, Philip, with the support from his Swabian home territories, made a prosperous start. He further consolidated his position by attacking the opponent’s Saxon Territory.

However, due to the absence of any papal support and a muted response from his ally King Philip II of France, his efforts did not yield much success. In a severe blow to him, Pope Innocent III acknowledged Otto IV as the King of Germany in March 1201. In a further setback to Philip, Pope declared him and his associates from the Hohenstaufen dynasty as ‘Persecutors of Church’ and effectively excommunicated him.

Philip had to be content by whatever privileges he could enjoy for the next three years. Both his Hohenstaufen and his rival Welf dynasty tried to assert themselves by indulging in intimidation, bribing, by adopting dynastic marriage politics and by the show of their wealth.

In 1199, Philip and his wife Irena elaborately celebrated Christmas. The luxuriant celebration saw the rendition of an elaborate poem praising Philip and his capabilities to rule the country as an ideal administrator. Such high profile celebrations and display of grandeur continued for some time.

In November 1204, Philip received a boost in his bid to consolidate his position when Archbishop Adolf of Cologne supported him. The Duke Henry of Brabant and even Otto’s brother Count Palatine Henry V duly recommended his cause.

All of them together signed a written letter of support favoring Philip. On January 6, 1205, Philip could finally restore his fortune when the Archbishop again crowned him at Aachen Cathedral. Following the development, he defeated an army loyal to Otto IV in Wessenberg. The two rival kings held talks for the first time there to resolve the impasse. However, the meeting remained inconclusive.

In 1207, Philip entered Cologne with his victorious army, thus effectively ending the civil war between the two rivals. The downside in the fortune of Otto IV started showing results when a series of defection occurred from his camp to the camp of Philip. Pope Innocent III revoked his papal ban on Philip realizing the reversing trend soon after that. He agreed to recognize Philip as German King and decided to crown him at a later date.

To defeat the last glint of Welf rebellion, Philip went to Brunswick-Lüneburg. From there he proceeded to visit the wedding ceremony of his niece Countess Beatrice II of Burgundy with Duke Otto of Merania held in Bamberg on June 21, 1208.

Upon attending the ceremony, when he was resting in the guest room, he was assaulted and killed by the Bavarian count palatine Otto VIII. His wife Irena fled to the nearby Hohenstaufen Castle. There she had a miscarriage. She died soon after that.  Philip of Swabia was the first German King to be assassinated.