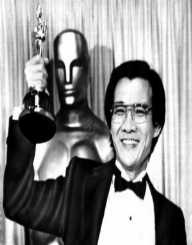 Dith Pran, the world-renowned Cambodian photojournalist, was born in a middle-class family on September 27, 1942. He grew up in the town of Siem Reap in Cambodia. Cambodia was a French Colony, but during that time it was invaded by the Japanese Army. Pran’s father, Dith Proueng was a high ranking government official who supervised the construction of roads.

Pran’s home was located near the ruins of the popular ancient temple, Angkor Wat where he grew up with his two sisters and three brothers. Though most of the Cambodian population was poor at that time, Pran’s family’s earnings were enough to enable Pran to complete his schooling. At school, Pran learned French and self-learned English.

After finishing school in 1960, Dith Pran found a job as an interpreter with the United States Army. After five years, the ties between the Cambodian Government and the United States were severed which led Pran to lose his job. He then worked as a translator with a British Film Crew for the film Lord Jim. After completion of the film, he took up the job of a receptionist at a hotel near Angkor Wat.

In 1970, U.S backed dictator Lon Nol came to power in Cambodia. Soon after that, war broke out between the forces of Lon Nol and Khmer Rouge. Khmer Rouge, also known as ‘Red Cambodians’ was the Cambodian Communist party who wanted Cambodia to be an agrarian economy and drive away the West. Dith Pran along with his family shifted base to Phnom Penh where he found work as a journalist for the New York Times.

In 1972, he met Sydney Schanberg, a writer at the New York Times. Their friendship blossomed, and from 1973 onwards, Pran worked only with Schanberg. As the war progressed, Khmer Rouge became more aggressive gaining strong footholds and driving out US armies. The victory of the Red Cambodians was in the offing and fearing this, most of the Cambodian population ran hither and thither searching for ways to escape. Although Pran’s wife and his four children fled the country, he stayed back with Schanberg to cover the great fall of the capital Phnom Penh to Pol Pot, leader of the Khmer Rouge.

Both Schanberg and Pran believed that conditions would become better in the post-war period, but things took a turn for the worse. Khmer Rouge, in their full glory, began their murderous regime. In the events that followed, Schanberg and other foreign journalists were allowed to leave the country, but Dith Pran was detained. Schanberg came back to the United States and took care of Pran’s wife and children in New York.

The Khmer Rouge officials detested intellectuals and persecuted individuals who wore perfumes, make-up, eyeglasses or anything that signified Western culture. As a result, Dith Pran decided to hide the fact that he was educated and disguised himself as a simple villager dressing up as a peasant. Consequently, he and other villagers were forced to travel to a place 20 miles away from Siem Reap where they were put to work as farm laborers.

After bravely fighting four years of starvation, torture and virtual slavery, Dith Pran was able to return to Siem Reap in 1979, when Vietnamese invaded Cambodia and ousted the brutal Khmer Rouge.

On returning home, he found out that over 50 of his family members had been killed including his three brothers and one sister. In his 40-mile escape, all Pran could see was wells filled with skulls and bones and land covered with graves. This scenario led him to coin the phrase ‘Killing Fields.’

On his return, the Vietnamese made him the village chief. Pran feared that the Vietnamese would kill him if they discovered his past and his ties with the US. Therefore, on 3rd October 1979, he escaped to Thailand where he entered a refugee camp, and with the help of an American relief officer, he got in touch with Schanberg.

Schanberg flew halfway around the world to help Pran relocate to the US. In the year 1980, Dith Pran was reunited with his family, and the New York Times hired him as a photojournalist. Pran and his then wife Ser Moeun Dith were awarded the U.S Citizenship in the year 1986.

After that, he dedicated all his life for the betterment of his Cambodian counterparts who had suffered under the Khmer Rouge regime. He made several trips to Cambodia and aggressively campaigned for recognition of the Cambodian Holocaust victims. He and his wife founded the ‘Dith Pran Holocaust Awareness Project’ that assisted fellow Cambodians to find out missing family members with the help of photographic records.

Dith Pran’s first wife was Ser Moeun Dith, and the couple had four children together. They later divorced, and Pran married Kim DePaul. His second marriage also ended in divorce.

At the age of 65, three months after being diagnosed with pancreatic cancer, Dith Pran breathed his last on March 30, 2008, in New Brunswick, New Jersey.