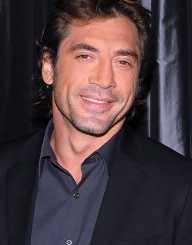 Javier Bardem is a world famous actor, renowned for his exemplary acting in English and Spanish movies spanning two decades. One of his most acclaimed performances was his depiction of a steely assassin in the 2007 film 'No Country for Old Men' for which he was awarded an Academy Award for Best Actor in a supporting role. He is married to famous Spanish actress Penelope Cruz.

Javier Bardem was born on the 1st of March, 1969 in the city of Las Palmas in the Canary Islands of Spain. He was born in a family studded with luminaries of the Spanish movie industry. His mother and grandparents were famous actors, while his maternal uncle was a director and screenwriter. With this familial movie connection, Javier spent time at movie sets and theatres as a child and by the age of six, made his first appearance in the movie El Picaro.

However, despite this connection, Javier did not start his education or career in acting. His first passion was painting, with Javier pursuing a course in painting for four years in Madrid. It was during this time that he started taking up small acting roles to support his education. However, unable to make a breakthrough as a painter, his interest waned, and Javier turned to act as a full-time profession.

At the age of 20, Javier Bardem made his breakthrough in his first significant movie - The Ages of Lulu, where he appeared alongside his mother, Pilar Bardem. The director of this movie, Bigas Luna, was impressed enough with his acting to offer him the lead role in his next movie Jamon, Jamon, released in 1992 and then again in the film Golden Balls in 1993. Jamon, Jamon was a hilarious comedy where Bardem starred as a potential underwear model and would-be bullfighter, with his fresh face and talent bringing him international acclaim. Incidentally, it was also the first movie where he starred alongside his would-be wife, Penelope Cruz.

By this time, Bardem had already won recognition among Hollywood directors who were ready to cast him. Renowned director John Malkovich first approached him in 1997. However, he had to delay this foray into mainstream English movies due to his inability to talk in English fluently. He went on to make another dozen Spanish movies, his first dominant English movie performance coming in 2000 in Julia Schnabel' movie Before Night Falls. Bardem's portrayal as the Cuban poet Reinaldo Arenas was critically acclaimed and he went on to win a nomination for the Academy Award for Best Actor - the first by any Spanish actor.

Javier Bardem carried on after that to win numerous accolades in a host of movies. In 2004, he won the Best Actor Award at the Venice Film Festival (and a Golden Globe nomination in 2005)  for portraying a quadriplegic patient turned euthanasia supporter Ramon Sampedro in the movie Mar Adentro (The sea inside).

After a few more movies came to his most explosive performance in 2007 in No Country for Old Men, an American western styled neo-noir thriller directed and written by Joel and Ethan Coen, and regarded till date as the masterpiece of the Coen brothers. The movie centred around a cat and mouse chase for drug money in the western wilderness of Texas' Rio Grande. It showcased Bardem as a cold-hearted sociopathic assassin Anton Chigurh in relentless pursuit of the drug money.

His next charismatic performance came soon after in 2008 in Woody Allen's foursome love tempest set in the beautiful backdrop of Barcelona - Vicky Cristina Barcelona. Bardem starred as a romantic artist wooing the troika of Scarlett Johansson, Rebecca Hall, and Penelope Cruz, the latter starring as his ex-wife in the emotional rollercoaster of the movie. The movie earned Bardem a Golden Globe nomination in 2009. Other noteworthy performances after that include Biutiful in 2010 where Bardem won the Best Actor at Cannes and an Academy Award nomination.

Javier Bardem also contributed significantly to the highest grossing James Bond movie of all time, Skyfall,  where he played the key villain. Fans and critics now await Bardem in the fifth installment of the Pirates of the Caribbean Series scheduled for release in 2017 - Dead Men Tell No Tales. Bardem stars as the key antagonist, Captain Salazar, warring against the wits and antics of Captain Jack Sparrow.

Javier Bardem received the 2,484th star of the Hollywood Walk of Fame in 2012. The star is located outside the El Capitan Theatre at the Hollywood Boulevard.

Javier Bardem started dating his Spanish movie co-star from Jamon, Jamon, and Vicky Cristina Barcelona - Penelope Cruz in 2007. After three years of a love affair clandestinely guarded against the public eye, the couple married in 2010 in the Bahamas. They bore two children in 2011 and 2013 and currently stay in Madrid.

While Bardem was raised as a Catholic, he currently claims to be an atheist. After the legalization of same-sex marriages in Spain in 2005, Bardem invited controversy through his contempt at the Church.

Later during the 2014 Israel - Gaza conflict, Bardem and Cruz denounced Israel's actions openly as a genocide through an open letter that was criticized by several Hollywood personalities.

Bardem has been supporting numerous charitable causes including Artists for Peace and Justice, the ENOUGH Project and Greenpeace. He donated funds to Artists for Peace and Justice to help build schools in Haiti following the earthquake that ravaged the country in 2010. In 2011, Bardem teamed up with The Enough Project to raise awareness about conflict minerals in eastern Congo

Javier Bardem has an estimated net worth of USD 20 million.