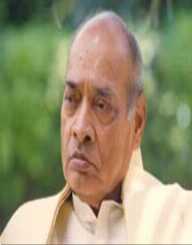 P. V. Narasimha Rao was born on June 28, 1921. He was an Indian politician. He served as the tenth Prime Minister of India. He implemented several economic reforms while he was a Prime Minister. He is known as the Father of Indian Economic Reforms.

P. V. Narasimha Rao was born on June 28, 1921, in Warangal District, India. When he was three years old, he was adopted by P. Ranga Rao and Rukminiama. His full and exact name was Pamulaparti Venkata Narasimha Rao. He attained his secondary and primary education in India. He later joined the Arts College at Osmania University. He earned his Bachelor’s Degree from the University. He later joined the Hislop College where he obtained a Master’s Degree in Law.

In the 1940s, there was the struggle for freedom in India, and so Rao trained as a guerrilla fighter in order to revolt against the Nizam. Nizam ruled Hyderabad at that time. He fought against Nizam so passionately that he was almost killed by Nizam’s army. In 1947, India gained independence, but he was still fighting in the forest. After Independence, he joined politics. In 1957, P. V. Narasimha Rao was elected in the Andhra Pradesh Legislative Assembly, a post he held up to 1977. Between 1962 to 1973, he served in ministerial positions in the Andhra Pradesh Governments. In 1971, he became the Chief Minister of Andhra Pradesh, a post he held for two years. In 1977, he was elected to Lok Sabha where he handled portfolios in the cabinets of Rajiv Gandhi and India Gandhi.

In 1991, the Congress President Rajiv Gandhi was assassinated, and he was elected as the leader of the Congress Party. In the 1991 general elections in India, he was elected as the Prime Minister. At the time he was made Prime Minister, the economic status of India was so pathetic. P. V. Narasimha Rao started his administration by implementing progressive reforms. He chose Manmohan Singh who was an economist as his Finance Minister. Singh assisted him in the implementing of the reforms that he had set forth.

In 1992, P. V. Narasimha Rao introduced the SEBI Act and the Security Laws (Amendment).  His reforms included the opening of India’s equity markets to investment by foreign institutional investors. In 1944, he started the National Stock Exchange as a Computer based trading system. He also made several developments that included the energizing of the national nuclear security and ballistic missiles program, making of diplomatic overtures to Western Europe, China and the United States and the neutralization of the Kashmir separatist movement.

In 1993, he was charged with corruption and bribery allegations. In 1996, he stepped down as Prime Minister after the Congress Party was voted out by the Indian Electorate. In 2000, he was found guilty of bribery and was sentenced to three years in prison. He appealed to Delhi High Court against the verdict that was made. In 2002, he was acquitted of the charge by the Delhi High Court.

P. V. Narasimha Rao married Satyamma with whom he had eight children. In 1970, his wife died, and he remained a widower until his death. He was a scholar, and he spoke seventeen different languages. He died on December 23, 2004, of a heart attack. He died at the age of eighty three.