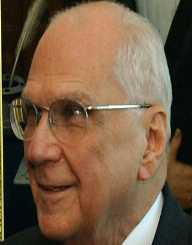 Enrique Bolanos Geyer was born on the 13 May 1928 in Masaya, Nicaragua. He is of mixed German/Spanish heritage. His parents were Nicolás Bolanos Cortes and Amanda Geyer Abaunza.

Enrique Bolanos Geyer was schooled in the Catholic parish schools Monseñor Lezcano of Masaya, Salesian school Cardinal Juan Cagliero of Masaya and Colegio Centro-América of Jesuits in Granada. Enrique Bolanos studied at the University of Jesuits, Saint Louis University in Saint Louis Missouri and obtained a BSc in industrial engineering in 1963. He also did a senior management programme with the Central American Institute of Business Administration.

During the 1950s when cotton prices were high because of the Korean War, Bolanos and two of his brothers, Alejandro and Nicolas set up the Bolanos-SAIMA Group which as based in Masaya. The company eventually became the most significant agricultural cotton company in Nicaragua. Bolanos has subsequently had a long, successful career in business.

Because of his opposition and outspokenness against the Sandinista Front administration during the 1980s, Bolanos was arrested on some occasions, and his assets were confiscated in 1985. He taught himself computer programming, and until 1995, he earned his living as a programmer. Then in October 1995, Bolanos was appointed the head of the Liberal Alliance electoral campaign. In May 1996, he was elected as a candidate for the vice-presidency. Te  Ortega-Caldera Sandinista alliance lost;  with the Liberal Alliance winning 51% of the vote. Bolanos became Vice President in January 1997. In October 1998, he was appointed a president of the National Emergency Committee which was coping with the fallout from Hurricane Mitch which devastated parts of the country.

Enrique Bolanos became a candidate for the presidency in 2001 with Dr. Jose Rizo C as his running mate for the period 2001-2007. Their campaign slogan was governance, democracy, and transparency: many challengers, two options, one alternative.  They campaigned on the creation of jobs and sustainable development.  They obtained 56.3% of the vote. During Bolanos’ presidency tourism increased, investments increased, and there was a demand for labor in the agriculture section via the pound-for-pound plan. The Central American Free Trade Agreement with the United States was entered into, and eighty percent of Nicaragua’s foreign debt was written office. All this resulted in a quarter of a million new jobs being created.

Enrique Bolanos formed the Bolanos Foundation which offers resources and information on Nicaraguan politics and history.