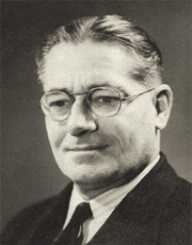 Howard Walter Florey also was known as Baron Florey is one of the greatest men whose discovery has offered a second chance to humankind. As a pharmacologist and a pathologist, he conducted the first clinical trial with Penicillin which resulted in a major breakthrough in the scientific world.

Despite Alexander Fleming being acknowledged for the unearthing penicillin, Florey on the other hand put the paperwork into practice. His breakthrough on Penicillin, together with Ernest Chain, caused a paradigm shift in the scientific world as the advancement was not entirely focused on the suffering of humanity but its primary goal was for the benefit of science. Penicillin is now used globally in combating a number of bacteria-caused infections.

Howard Florey was a native of Adelaide, South Australia and born on the 24th of September 1998. He was a son to Joseph Florey and Bertha Mary Florey. His father worked as a boot. In a family of three, Howard was the youngest and also the only son.

He attended school at Scotch College which was then called Kyre College Preparatory. Thereafter, he joined St Peter’s College in Adelaide. In 1971, he enrolled for a course in medicine at University of Adelaide for 4 years. He then graduated with an M.B. and B.S.

Howard Florey won the Rhodes scholarship proceeded for further studies in Oxford at a Magdalen College. Later on, he earned two degrees B.Sc. and M.A in 1924. In 1924, he became a John Lucas Walker Student at University of Cambridge. It was in 1927 that he got his Ph.D.

In 1931, Howard Florey commenced his career when he was appointed Huddersfield Lecturer in Cambridge focusing on Special Pathology. The same year, he replaced Joseph Hunter Chair at the University of Sheffield.

In 1935, Florey traveled back to Oxford where he was selected Professor of Pathology and as a Fellow of Lincoln College. Three years later, he teamed up with Norman Heatley and Ernst Boris Chain. Their initial focus was the study of Lysosome, which is a naturally occurring antibacterial in saliva and tears in humans.

With a team of scientists, they began their investigation on the anti-bacterial. Ernst Chain then began flipping through Alexander Fleming’s work on penicillin leading to a shift in interest to penicillin. In 1939, with a grant from the Rockefeller Foundation, Florey and his scientific team were able to demonstrate a small-scale production of the drug. Following the demonstration, a report was released on the innovation of penicillin, as drug with the capacity to fight off bacteria found in the human body.

In 1941, Howard Florey used Radcliffe Infirmary to conduct his first ever clinical test, on a patient by the name Albert Alexander. Alexander had a severe case of infection which had spread to his entire face. After penicillin was administered to him, he started exhibiting signs of recovery, however, due to low supply of penicillin because of the times, his health deteriorated and he died. In 1945, with great assistance from the government, Florey and his team succeeded in the large-scale manufacture of the drug.

Howard Florey was appointed as Knight Bachelor in 1944. He delivered a lecture on ‘The use of Micro-organisms for Therapeutic Purposes’ the following year and received ‘the Lister medal’. In the same year, he also received a Nobel Prize in Medicine (Physiology) for his discovery of penicillin and its curative effect.

In 1947, Florey received the Gold Medal from the well-known Royal Society of Medicine. His diligent contributions to pathology and medicine earned him the Copley Medal by the Royal Society (1957). Next, he was honored with the ‘Lomonosov Gold Medal’ (1964) for his contribution to the development of medicine.

Howard Florey worked as an administrator at Queen’s College in Oxford. It was here that the school had a building constructed in his honor; the Florey Building. Since the year 1973- 1995, Florey’s portrait was on the Australian $50 note.

During the course of his work, Howard Florey met his wife, Ethel Reed while he attended University of Adelaide. Ethel was also a medical student at the time. Their marriage, however, did not last long owing to Ethel’s poor health and Florey’s intolerant attitude.

After Ethel’s death in 1967, he remarried a research assistant called Margaret Jennings. Together, they brought up two Children; Charles du Vé and Mary Joanna.

Dr. Florey Howard succumbed to a heart attack in 1968. A memorial service was held in Westminster Abbey, London.

Some of Howard Florey’s well-known publications include: ‘Antibiotics’ and ‘Lectures on General Pathology’ which he co-authored and edited.