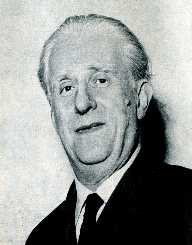 Italian composer Gioachino Rossini was born into a musical family on the 29 February 1792 in Pesaro, Italy. His mother Anna Guidarini was a singer and his father trumpeter. Rossini showed vocal ability at a young age, becoming a multi-instrumentalist. He was an only child. In 1799 when his father was imprisoned, his mother took him to live in Bologna.

Gioachino Rossini was a pupil at the Conservatorio di Bologna.

When Gioachino Rossini was thirteen years old, he composed his first opera, Demetrio e Polibio which was not performed at the time. The first production of one of Rossini’s operas took place in Venice; it was La Cambiale di Matrimonio. Between the ages of 18 and 23 various productions were staged in Bologna, Venice, Milan, and Rome. In 1913, Tancred and L’italiana in Algeri were met with wide acclaim.

Between 1815-1822 Gioachino Rossini was artistic director and official composer of the royal opera houses in Naples, Italy. During this time he composed The Barber of Seville. He took up a five-month residency at the King’s Theatre in London, England in 1823 and at this time he received an introduction to King George IV. Returning to Europe, Rossini moved to France and took up a position as the musical director of the Theatre-Italia with the title of Inspector General of Singing and Chief Composer to the King. In 1829 he produced William Tell which was his final opera.

Gioachino Rossini was a prolific composer. Of his thirty-nine operas some of the more popular are: William Tell, The Thieving Magpie, The Barber of Seville, The Italian Girl in Algiers, La Cenerentola and The Lady of the Lake. The sacred music he composed included Stabat Mater and Petite Messe Solennelle. Rossini also wrote numerous songs and piano music. He famously said that if given a laundry list, he could set it to music.

Gioachino Rossini married the Spanish soprano Isabella Colbran in 1822, and after her death in 1845, he married Olympe Pelissier in August 1846.