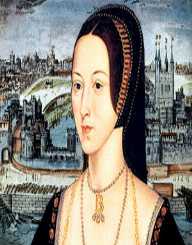 Catherine of Aragon was the Queen of England who ruled between 1508 and 1533. Her fate to become the Future Queen of England was sealed following her engagement to Prince Arthur, who was the apparent heir to the throne. Her marriage to Arthur was filled with tragedy as death first struck her husband, Arthur, untimely. She was later betrothed to Henry, Duke of York who later became King Henry VIII. She was installed as the Queen of England following her marriage to the King. She did not give birth to a male heir, and Anne Boleyn enamored henry. It was during that period that the King plea for annulment of the marriage which led to the secret marriage to Anne and Catherine’s banishment.

Catherine of Aragon was born to King Ferdinand II of Aragon and Queen Isabel of Castile at the archbishop’s palace near Madrid on 16, December 1485. She got her formal education from Alessandro Geraldini who taught him various subjects. She learned great skills which include cooking, sewing, and spinning. She is a multi-linguist who has a very good knowledge of Spanish, French, Greek, and Latin. She has developed a religious bent of mind which later served as the foundation for her future course of life from childhood.

Catherine of Aragon married Prince of Wales who was then the apparent heir to the English throne. However, Arthur died untimely in 1502, and she was married to his younger brother, Henry, in 1509 after he had taken over the throne as King Henry VIII. She was appointed the Regent on June 11, 1513, during Henry’s military Campaign to France due to her high intelligence. It was during that period that the Scot invaded England. She ordered Thomas to raise an Army in the Midland counties; she dressed in armor to ride northside to address the troops. The troop won the battle of Flodden Field as a result of the inspiration of her words.

She was overwhelmed by this victory that she had to send the bloodied coat of King James IV of Scotland, who died in the battle, to Henry for use as a banner at the siege of Tournai. She was highly spiritual and divine. Catherine of Aragon also has a very deep interest in academics and always aim at broadening her knowledge about things. Shehada great influence on women’s education and did donate a large sum of money to colleges.

Catherine of Aragon was engaged to Prince of Wales, Prince Arthur, from childhood and eventually married him on November 14, 1501, at Old St. Paul’s Cathedral. After this marriage, her husband was sent on a commission to preside over the Council of Wales and Marches at the border of Wales. It was around that period that her husband fell sick and died. Arthur’s younger brother, Henry VIII proposed to marry her to avoid the return of dowry. The marriage was however delayed due to age and Catherine lived as a virtual prisoner at Durham House in London. It is prohibited to marry one’s brother’s widow in the Canon law. It was however proved that the marriage to Arthur was not consummated before he died. Thus, she got affirmation from the Pope. The two married on June 11, 1509, in a private ceremony. He has acceded to the throne at the time of their marriage, and the two were crowned on June 24, 1509.

Catherine of Aragon is known to have been pregnant six-time of which none except a daughter survived. In 1526, Anne Boleyn, who was a lady-in-waiting to Queen Catherine, besotted the King to give him a male heir. It was during that period that he interpreted the bible that his wife had been cursed as being the fact that she was his brother’s widow. He approached the pope to annul his marriage as she was her brother’s widow but she defended herself saying that she was a virgin when she married Henry. The pope gave judgment in favor of Catherine and forbade the King from marrying again thereby giving Catherine her rightful place as the wife. Despite this, he banished Catherine, and their marriage was annulled by crammer. Although he gave her the title of Dowager Princess of Wales, she referred herself to the rightful wedded wife of the King as well as the Queen of England.

Catherine of Aragon was later transferred to a single room and forbidden to see her daughter. She died due to her failing health on January 7, 1536, but before then, she asked Charles V, her cousin to protect her child. She was buried in a form that is accorded to the Dowager Princess of Wales and not for the Queen of England.