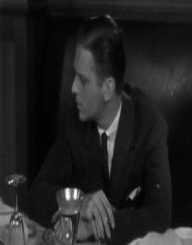 William A. Wellman was one of the early movie directors. He worked on both silent films and the newer “talkies.”

William A. Wellman was born on February 29, 1896, in Brookline, Massachusetts. His father Arthur was an insurance broker. His mother Celia worked as a probation officer for juvenile delinquent boys.

William A. Wellman attended Newton High School in Newton Highlands. At the age of 17, he was expelled for a prank he pulled on his principal.

Without finishing high school, William A. Wellman was bouncing around from job to job. He tried his hand as a salesman for candy or cotton. Later he worked in a lumber yard. He lost that job when he drove a truck into the side of a barn by accident.

It was then that he started playing ice hockey professionally. His good looks caught the attention of actor Douglas Fairbanks. Though he told Wellman that he would be great in acting, Wellman was not ready yet.

At the age of 19, William A. Wellman wanted to be a pilot. He joined the air wing of the French Foreign Legion. He was a pilot for the Lafayette Flying Corps. However, his flying ability was similar to his history driving a truck in a lumber yard. William A. Wellman earned the nickname “Wild Bill.” He was later recruited into the US Army Air Corps in 1918. He was stationed in San Diego as a combat fighting instructor. He reconnected with Douglas Fairbanks and decided to pursue acting. Fairbanks helped him get his start.

William A. Wellman did get roles in two movies. He debuted in 1919 in The Knickerbocker Buckaroo and Evangeline. However, he was fired because he slapped the leading lady. She happened to be married to the director. This allowed Wellman to follow the aspect of Hollywood that interested him more: directing.

Once again, Fairbanks helped Wellman get his start in directing. He did his apprenticeship with Goldwyn Pictures. The first movie that he directed in 1920, The Twins of Suffering Creek, does not credit him. Wellman's first credited film with Fox Films was Second Hand Love. He also directed The Man Who Won which was released on the same day. Some of his most notable work in the 1930s included The Public Enemy, A Star is Born, and Nothing Sacred. Around the time of World War II, Wellman was directing more westerns and war-themed films.

The Ox-Bow Incident, Story of G.I. Joe and Battleground were some of his most successful. He worked with talented actors like John Wayne. They filmed two movies together in the 1950s, Island in the Sky and The High and the Mighty. The 1958 film Lafayette Escadrille named after the Lafayette Flying Corps in which he flew as a pilot in his teens was the last film before he retired.

William A. Wellman married Helene Chadwick in 1918. The couple officially divorced in 1923 after years of separation. In 1925, he married Margery Chapin. They divorced in 1926 in 1931 after having one child.

In 1931, William A. Wellman married Marjorie Crawford, but their marriage ended in 1933. It was his fourth marriage to Dorothy Coonan that finally stuck. They married in 1934 and had seven children together. They remained together until his death.

William A. Wellman died on December 9, 1975, at the age of 79. He had leukemia during his final year of life. The movies that William A. Wellman will always be remembered for are his crime, adventure, and action films. Though he had the chance to continue as an actor, he found his true calling behind the camera.