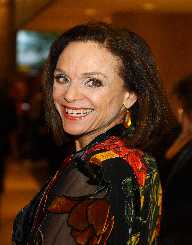 Valerie Harper is a talented American actress and has appeared on television, films, and theater. She has been best known for her roles as Rhoda Morgenstern in the television series The Mary Tyler Moore Show and its spin-off Rhoda. She is a four times Prime Time Emmy Award Winner. Her film role in Freebie & the Bean got her a Golden Globe Award Nomination. She was also nominated for the Tony Award for Best Actress in a Play for Looped.

Valerie Kathryn Harper was born on August 22, 1939, in Suffern, New York. Her star sign is Leo. Her father Howard Donald Harper was a lighting salesman and her mother Iva Mildred a trained nurse. Her father’s work required him to move every two years, and she attended various schools. When the family returned to Oregon, she remained in New York City to study ballet.

Valerie Harper attended Lincoln High School in Jersey City and graduated from the Young Professionals School on West 56th Street. After graduating from High School, she continued studying and took courses in French and Philosophy at the New School for Social Research.

Valerie Harper made her professional debut as a dancer at the age of 16 in Corps de Ballet at Radio City Music Hall. While still in school she made her Broadway debut as a dancer in musical Lil Abner. She went on to perform many Broadway shows as a dancer and chorus girl. She realized that to be recognized as an actress; she had to quit dancing concentrate on her acting career.

Valerie Harper took acting lessons from Viola Spolin whose son Paul Sills founded the Chicago Second Theater. Valerie joined the company and met performer Richard Schaal whom she married. She later returned to Broadway as an actress. She acted in Carl Reiner’s Something Different and Paula Sills Metamorphoses. She performed several characters in a comedy When you’re in Love the whole world is Jewish.

Valerie Harper was spotted by casting agent Ethel Winant. She was invited to audition for the role of Rhoda Morgenstern on The Mary Tyler Moore Show and selected. The show was very well received. Valerie was in the series from 1970-74 and also starred in the spin-off series Rhoda from 1974-78. Her performance was appreciated, and she won 4 Emmy Awards and a Golden Globe Award for her work as Rhoda.

Valerie Harper also appeared in films namely Freebie & the Bean (1974), The Last Married Couple in America (1980), Blame it on Rio (1984), and the television movie Mary and Rhoda (2000). She was nominated for a Golden Globe for her role in Freebie and the Bean.

In 1986 Valerie Harper played the family matriarch Valerie Hogan in the NBC series Valerie. At the end of the second season owing to a dispute she was fired from the series. Harper sued NBC and was awarded $1.4 million plus 12.5% of the show's profits. She was however taken out of the series, and it was renamed The Hogan Family.

Valerie Harper has appeared in many television movies and also guest starred in many sitcoms like Melrose Park, Sex and the City, and Desperate Housewives.

Valerie Harper played Golda Meir in a US National tour of the one woman drama Golda’s Balcony in 2007. In 2010 she returned to Broadway and essayed the role of an actress Tallulah Bankhead in the play ‘Looped.’ She was nominated for a Tony Award for this role. Harper contested for the 17th season of Dancing with the Stars. She was partnered with professional dancer Tristan MacManus. They were voted out after four weeks.

Vanessa Harper is a member of the Screen Actors Guild (SAG) and served on the Hollywood Board of Directors of SAG.

Vanessa Harper was nominated for Emmy Awards eight times and won 4 times. She won 3 consecutive Emmy Awards (1971-1973) for Outstanding Supporting Actress for her performance in The Mary Tyler Moore Show. In 1975 she won both the Emmy and the Golden Globe for Outstanding Lead Actress in a Comedy Series for Rhoda.

Valerie Harper married Richard Schaal in 1964. The marriage ended in divorce in 1978. She married Tony Cacciotti in 1987 and had a daughter by adoption.

Harper was diagnosed with lung cancer in 2009. The doctors had given her only three months life expectancy. However, she responded with chemotherapy and showed progress. She was again hospitalized in July 2015 and later discharged.