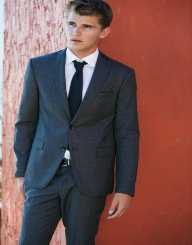 Dutch social media star and brand influencer Twan Kuyper was born on the 19 February 1996 in the Netherlands. He has four siblings.

Twan Kuyper is established as a brand ambassador and social media influencer and is managed by 26MGMT.

Twan Kuyper has been involved in supporting the Charlotte and Gwyneth Gray Foundation to Cure Batten Disease and also works with ChangUr to assist various charities.