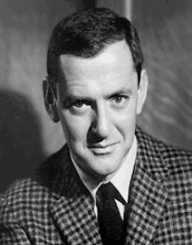 Tony Randall was born on February 16, 1920, in Tulsa, Oklahoma. His father was an antique dealer, and his mother- a homemaker. He attended the Tulsa Central High School and after graduation, enrolled in the Northwestern University one year. After this, he went to study in New York at the Neighborhood Playhouse School of the Theatre.

In New York, Randall studied under such teachers as Sandford Meisner and choreographer Martha Graham. One of his first jobs was as a radio announcer in Worchester, Massachusetts radio station WTAG. He starred on the George Bernard Shaw’s Candida, and Emlyn Williams’s The Corn Is Green. During World War II, Randall enlisted in the United States Army Signal Corps. He served for four years after refusing an entertainment assignment with Special Services. After the war, he began working at the Olney Theatre in Montgomery County, Maryland.

Tony Randall began his acting career by appearing in minor roles on Broadway, as well as working as a supporting actor in tours. One of his first appearances was during 1940s, as Reggie on the radio series I Love a Mystery. In 1946, he was cast on the Katherine Cornell’s revival play of The Barretts of Wimpole Street. His first major role came in 1955 when Randall was cast in the hit Inherit The Wind, where he portrayed the Newspaperman E. K. Hornbeck. In 1958, he starred in the leading role of the musical comedy Oh, Captain!. Although the play was a financial failure, Randall was nominated for a Tony Award for the dance turn with prima ballerina Alexandra Danilova.

Randall’s first major television role was in the 1952 series Mister Peepers as the history teacher Harvey Weskit. He starred in the show until 1955. His next project was an NBC-TV special The Secret of Freedom, which was broadcasted in 1959. Randall returned to television in 1970’s The Odd Couple as Felix Ungar. He played the role for the next five years. Randall also stared as a Philadelphia judge in The Tony Randall Show and the TV movie Love, Sidney. After this project, he left his TV career to focus on Broadway.

Besides his performances on Broadway and various TV projects, Randall also starred in several film projects. His first appearance on the big screen was in the 1964 film seven faces of Dr. Lao. The film was a critical success and received an Academy Award for make-up artistry. He starred in such moves like Let’s Make Love, Boy’s Night Out, Hello Down There and Gremlins 2: The New Batch. Randall has also made several guest appearances on various television talk shows and reality shows.

Randall founded the National Actors Theatre in 1991 which was housed at Pace University in New York. He starred in A Christmas Carol and The Inspector General at the theater in 1994. Randall made his final stage performance in 2003, starring in the Right You Are (If You Think You Are). Randall and his co-star in The Odd Couple Sings Jack Klugman recorded an album, The Odd Couple Sings for London Records. Although the album was not a mainstream success, it was popular among the fans of the show. In 1989, he and Mike Mindlin published a collection of show business anecdotes called Which Reminds Me.

Randall married Florence Gibbs in 1938 until she died of cancer in 1992. In 1995, he remarried to Heather Harlan, who was an intern in one of his theatrical programs. He was at the time 75 years old, while she was only 25. The marriage lasted until Randall’s death, and the couple had two children together.

Randall was never public about his personal life, and often said that “The public knows one thing about me: I don’t smoke.” He died in 2004 of pneumonia that he contracted after coronary bypass surgery in December 2003.