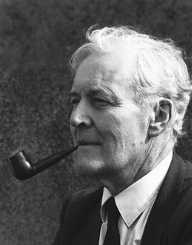 Anthony “Tony” Neil Wedgwood Benn was born on April 3, 1925, in London, England. His father William Wedgewood Benn was the first Viscount of Stansgate and later became a Liberal member of the Parliament, afterward joining the Labor Party. Due to his father’s political activity, Benn was exposed to politics at a very young age.

Benn studied at the Westminster School and after graduation proceeded to study at New College, Oxford. He was interested in politics and became the president of the Oxford Union. In 1943, he joined the Royal Air Force and became a pilot officer. Benn served in South Africa and Rhodesia.

After the end of his service at the Royal Air Force, Tony Benn entered politics as the Labor candidate for Bristol South East in 1950. He won the election and became a Member of Parliament for South Gloucestershire. He became the youngest MP in the Parliament. After the 1963 Peerage Act was passed, Benn renounced his inherited peerage. He disqualified himself from the House and took the office of Stewardship of the Manor of Northstead.

Benn continued to rise the political ladder by becoming the Postmaster General in 1964. He was in charge of supervision of the Post Office Tower, the Post Bus service, and Girobank. In 1966, he became the Minister of Technology. The industrial rationalization was a major interest for him at the time.

In 1974, Tony Benn became the Secretary of State for Industry and was instrumental in the formation of Health and Safety at Work Act formation. He was actively promoting the set-up of worker cooperatives. The following year he became the Secretary of State for Energy. He was also contesting for the appointment of the Leader of the Labor Party, but lost in the first ballot round. He gradually moved to the left wing Labor Party. In 1981, Benn took another shot at a major party leadership role, contesting for the title of Deputy Leader of the Labor Party. However, Benn lost to Denis Healey by a 1 % margin.

In 1983, Benn lost his position at the Bristol South East constituency. He contested for Bristol East, but lost and was later elected for Chesterfield constituency. After the Labor party was defeated in the 1988 elections, Benn contested for the role as Party Leader but lost. He did not contest in the 2001 general election but was elected as the President of the Stop the War Coalition.

In 2003, Tony Benn retired from elected office but remained an active spokesperson. He used the media to spread his beliefs. In 2003, his show on BBC Radio was voted the Best Live Act. In 2005, he hosted a program on democracy on the Channel 5 series Big Ideas That Changed The World.

In 2006, Benn participated in the Time to Go demonstration in Manchester to convince the Labor Government to recall the troops from Iraq. In 2011, he was awarded a doctorate from the University of Glamorgan.

In 1949, Tony Benn met Caroline Middleton DeCamp at Worchester College. They got married the same year and had four children together. He also had ten grandchildren. His son Stephen was a member of the Inner London Education Authority, and his son Hilary became Labor MP for Leeds Central.