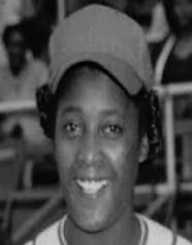 Toni Stone widely known for her Tomboy looks was among the first three women to join the Negro league.  Many people included her husband tried to convince her to drop her ambitions of playing baseball professionally.

Stone was the first woman to play professionally in a male baseball league. Besides playing baseball Stones worked as a nurse.

Toni Stone was born on 17th July 1921 as Marcenia Lyle Stone in Minnesota.  Although her parents believed the only way their children would succeed was through education, Stone's talent was not in the classroom. She succeeded in all kind of sports majorly because of her athletically designed body structure. Before deciding to take on baseball, Stone played the track, ice skating, and high jump.

Despite being talented in various fields, Stone's heart was in baseball. She would spend most of her time in baseball parks with the hunger of improving his game. At one point, a local priest was invited to try and dissuade her from out of her to drop her baseball ambition and focus more on education.

She began earning a baseball reputation at the age of 15; she was included in the men's team Twin City Colored Giants.

Toni Stone's professional baseball career started in 1994 at San Francisco Sea Lions, after the disappointment of not getting playing time with the club Stone quit the club.

Then Stone joined a club in New Orleans, Black Pelicans; she, however, spent a little time with the club before joining Indianapolis to play the second base position.

The Clowns idea of signing Toni Stone was a publicity stunt. The club intended to attract more fans.  She, however, surpassed her expectation maintaining a batting average of 243. One of Stone's hit passed the Satchel Paige, the legendary baseball player. In 1954, she signed a contract with Kansas City Monarchs. After a short stint with the club, Stones decided to hang her boots.

Playing in the men's league was not an easy task for Toni Stone Being the only girl in the  Negro league, her male counterparts intimidated for being a woman. Most of the time, Stone was not allowed to the locker room, even though she was part of the team and would only change in the umpire's room.

In one occurrence, Stone was asked to wear a skirt during the game with the aim of appealing sexually; she, however, declined to do so. She once claimed that she was placed on the bench on most occasions for the fact that she was a woman.

Toni Stone married Aurelius Alberga in 1950. Alberga was a politician in San Francisco; he was 40 years older than Stone.

Her years of retirement were spent in Oakland. Despite not receiving the recognition she received during her playing days, she was inducted to the Women's Sports Hall of Fame in New York.

After her retirement from baseball, she started practicing nursing. Her husband was sick, and Stone was forced to move to Oakland, California.

After struggling with heart and respiratory problems, Toni Stones was pronounced dead at the age of 75, on 2nd November 1996.