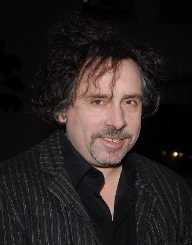 Tim Burton is famed as a producer, director, and screenwriter. He was born in Burbank in the state of California on 25th August 1958. His birth name was Timothy Walter Burton. He attended Burbank High School and had a little draw for the normal school curriculum. Tim was prodigious as a child and took an interest in watching films, drawing, and painting. He got into filmmaking before his teenage years and utilized the animation techniques utilized for crude stop motion.

Tim Burton made the film The Island of Doctor Agnor when he was thirteen years old. After his high school graduation from Burbank High, he was admitted to the California Institute of Arts. He enrolled for a character animation course. While here, he made films like King and Octopus as well as Stalk of the Celery Monster. He made his way out of school in 1979 upon graduation.

Tim Burton took up the job of apprentice animator at the Walt Disney Studios upon graduation, and after a year, he ran solo. He made a short film, Vincent, which became an award winner as his first solo effort. The film was a tribute to Vincent Price, who was his childhood hero.

By 1984, Tim Burton worked on the Frankenstein character and turned it into a short film titled Frankenweenie. This work was one that caught the attention of Paul Reubens, and he gave Tim Burton the adventure comedy, Pee-wee's Big Adventure to direct. This was in 1985, and it was a success story.

In 1988, Beetlejuice was the next in line, and it had a ghost storyline that featured Alec Baldwin and Michael Keaton. It was one film that suited Tim Burton’s description and got massive acclaim for interwoven themes and visual flair. The blend of horror and fantasy was one that Tim had a successful play at.

Tim Burton set up his production company after that and set sail for record-setting. He produced the Batman series in 1989 with an A-list cast that included Kim Basinger, Michael Keaton, and Jack Nicholson. The film went on to set a record as the very first in Hollywood to hit the 100 million USD mark within ten days of hitting the cinema screen. He went on in the following year with the touching but bizarre story, Edward Scissorhands. The film had Winona Ryder, Johnny Depp and Vincent Price taking the lead roles. It became a success story of intolerance, love and social satire.

Tim’s contributions to the American motion picture industry are one that is legendary with a list of 16 directed films as at 2012. His produced films at this time were already at the 16 film count. The Batman trilogy is his handiwork in addition to Charlie, Planet of the Apes as well as Alice in Wonderland.

Tim Burton's The Nightmare Before Christmas is one of the other notable mentions in his decades of filmmaking. The film was one that attained critical acclaim and became a huge commercial success. His technical prowess was on display on the set of this well-reviewed film. His story is not one that has a trail of only commercial achievements as he hit a snag in the year 1994 with Ed Wood. The film had Johnny Depp in lead role and was praised for the depth of technicality. It, however, failed to hit a mass appeal.

Tim made the third in the trilogy of Batman in 1995 with Batman Forever. In 1996, he made the animation film, James, and the Giant Peach. He also directed Mars Attacks in 1996, and this was in the sci-fi genre. It was also a box office failure in spite of featuring A-listers like Annette Bening, Glenn Close, and Pierce Brosnan.

The Legend of Sleepy Hollow was a haunting tale that followed in 1999, and he worked on the motion picture adaptation titled Sleepy Hollow. It was based on Washington Irving book and showcased Johnny Depp in the role of Ichabod Crane, the hero. Fast forward to 2001 and Tim was set to remake Planet of Apes and MarkWahlberg was the lead actor here along with Helena Bonham Carter. He worked on Big Fish by 2003 and this time; he worked with Albert Finney and Ewan McGregor. He got four nominations in the Golden Globe Awards for the Big Fish.

The remake of the movie, Charlie and the Chocolate Factory was next in 2005, and again, he worked with Johnny Depp here. He also worked on The Corpse Bride in the same year and got an Oscar win in the Best Animated Feature Film genre.

Tim Burton has a collection of arts and drawings that is remarkable. He put them up for display in the Museum of Modern Art in New York City. There were over 700 pieces on exhibition during 2009, and he reprised this in the following year. He has also repeated the exhibition in some countries.

Tim Burton got involved with Bonham Carter in 2001. The actress was on the set of Planet of the Apes, and they both have a son and a daughter. The boy is named Billy while the girl is called Nell. The couple separated in 2014 after spending 13 years as a family.