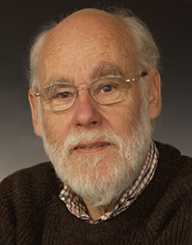 Thomas Hunt Morgan was born on September 25, 1866. He was an American biologist, geneticist, and embryologist. He was a Nobel Prize winner. He received the Nobel Prize in Physiology for his discoveries that explained the role played by the chromosome in heredity. His research mostly stressed on evolution.

Thomas Hunt Morgan was born on September 25, 1866, in Lexington in Kentucky. He was born to Charlton Hunt Morgan who was a former Confederate officer and Ellen Key Howard Morgan. The Morgans lost some of their civil and political rights because of their involvement with the Confederation during the Civil War. Thomas developed a loving for natural history as he would collect fossils and birds’ eggs. In 1880, he enrolled at the Preparatory Department of the College of Kentucky.

In 1882, Thomas Hunt Morgan was granted admission to the main college where he studied science and natural history. In 1886, he graduated with a Bachelor of Science Degree in Zoology. He later joined the Marine Biology School in Massachusetts. He then shifted to John Hopkins University, Baltimore where he studied biology, physiology, anatomy, morphology, and embryology. In 1888, he graduated with a Masters Degree from the State College of Kentucky. In 1890, he obtained his Ph.D. Degree from the Hopkins University.

In 1891, Thomas Hunt Morgan finished his postdoctoral. In the same year, he became an associate professor of Biology at Bryn Mawr College where he taught morphology. He was more interested in research and so spent his time at the College researching aquatic animals. In 1894, he went to Naples to research in the laboratories of Stanzione Zoologica. In 1895, he was made a full professor at Bryn Mawr College. He published his first book titled ‘The Development of the Frog’s Eggs.’

In 1897. Thomas Hunt Morgan began research on the capacity to regenerate in small animals. In 1901, he published his findings in his book titled ‘Regeneration.’ In 1903, he published the book ‘Evolution and Adaption’ which was not in sync with Darwin’s theory of natural selection. In 1904, he was appointed Professor of experimental zoology at the University of Columbia. He researched evolution and hereditary at the university. In 1908, he started researching Drosophila Melanogaster, also known as the common fruit fly. He discovered that male fruit flies were born with white eyes while the female flies were born with red eyes.

In 1909 and 1910 respectively Thomas Hunt Morgan published papers that sought to explain that chromosomes might be related to sex determination. In 1913, he released his finding on the sexual determination of flies in his book ‘Hereditary and Sex.’ In 1915, he published the book ‘The Mechanism of Mendelian Heredity’ in collaboration with Calvin Bridges, H. J. Miller, and Sturtevant. In 1928, he moved to California after he was requested to establish a school of biology at the California Institute of Technology. In 1942, he retired from the Institute but remained a professor and chairman emeritus. He was also instrumental in the establishment of the Marine Laboratory at Corona del Mar.

In 1904, Thomas Hunt Morgan married Lilian Vaughan Sampson with whom he had four children. He died on December 4, 1945, of a ruptured artery. He died at the age of seventy nine.