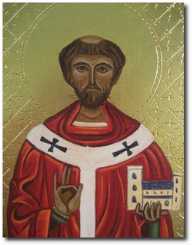 Thomas Becket famously known as Saint Thomas of Canterbury was born in December 21st, 1118. He was born into a wealthy family. In 1162, he was appointed the Archbishop of Canterbury. He served at the position till his death.

Thomas Becket was born in December 21st, 1118 to Gilbert Becket and Matilda. His place of birth was London in England. He had one sibling, Mary. He attended Merton Priory School at the age of 10. He also took his studies in a grammar school.

Upon completing his early education, he was admitted to the University of Paris. Sadly, his mother died while he was still in Paris while his father struggled financially. Becket had to earn a living at the court sheriff as a clerk. He proved to be an individual of exceptional abilities.

Thomas Becket worked for Theobald from 1141. At the time, Theobald was the serving Archbishop of Canterbury. The Archbishop took great interest at the excellent work of Becket. He, therefore, urged him to enroll in studies of canon law. For a year Becket studied the subject in Paris.

After his studies, he returned home. He was then appointed the provost of Beverley. During this time he also served at Lincoln as Canon and at the cathedrals of St. Paul. He progressed in his career and in 1154, became a deacon. After serving as deacon for a while, he then became the archdeacon of Canterbury.

In 1154, Thomas Becket also crowned Henry of Anjou as King Henry II in England. This was after the passing a way of King Stephan. The new king then presented Becket with a Chancellorship position. He later became a priest after the bishop of Rochester Walter ordained him.

Later in 1162, Thomas Becket was appointed by the bishop of Winchester to be the Archbishop. After the anointment, Becket quit his chancellorship role. The king at the time was not happy with Becket’s non-conformation to his instructions. He would then insight the other bishops against him in a meeting he held in 1163.

The king was able to convince the bishop against Becket. However, this move by the king did not sway Becket. He remained adamant to the demands of the king which he did not support. He did yield after the brethren Becket convinced him. He did not sign an agreement with the king though.

Thomas Becket was later accused of embezzling office funds by the king. This was followed by a trial in the Northampton Castle which took place in 1164. Unfortunately, he was declared guilty by the barons and other bishops. He had to flee abroad after the turn out of events. He thought that justice did not prevail for he felt that only the pope should have made the judgment.  His plea to the pope to resign from his position was denied. Instead, he even anointed him as the Cistercian Abbot to be positioned at Pontigny. He returned to England in 1170 even though his life was in constant danger.

Thomas Becket never married throughout his life. This was following his devotion to his duties in the church.

Thomas Becket died in December 29th, 1170 following an assassination. He was 52 years old at the time of his death.