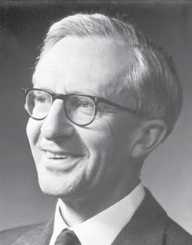 Theodore Schultz went to an average public school for his elementary schooling and for some middle school. However, his schooling came to a slow stop as World War I went into full swing. There were not enough teachers at his local school, so he was more or less forced to be done with school for the time being.

After the war, when Theodore Schultz was a young adult, he enrolled in the South Dakota State College to study agriculture. He later switched schools in 1924 to the University of Wisconsin. There he continued to study agriculture, but now he was also studying economics. He graduated from the school in 1928. However, he went back to the school right afterward to earn his Ph.D. in Agricultural Economics. He graduated again in 1930.

In the same year that he graduated from university, Theodore Schultz got a job teaching at a college, Iowa State College. He worked there from 1930 until 1943. He was focusing on teaching during this time and did not do much more, career-wise.

In 1943, he left Iowa and moved to Chicago. There, he worked as a professor of economics at the University of Chicago. While teaching here, Theodore Schultz wrote his first book and began studying the economics of agriculture more closely than he had done since he had been out of school. In 1946, he worked as both professor and chairman of the economics department. However, he stopped teaching in 1952 but continued to work as the chairman. While working as chairman, he continued his research.

This time, Theodore Schultz not only focused on the post-World War II agriculture in the United States, but also focused on other allied and axis nations and how they were dealing with their agriculture after the war. He continued to research at the university until he retired in 1972. After his retirement, he focused on independent research and penning his many books on agriculture and the economy.

Throughout his long career, Theodore Schultz has written books on several subjects, while mostly focusing on the topic of economics. Some of his most famous books are listed below.

As well as authoring books, Theodore Schultz also had a hand in editing many books about agriculture and the economy. Some of the books he has edited are listed below.

Food for the World
New Economic Approaches to Fertility
Economics of the Family: Marriage, Children, and Human Capital
Investment in Human Beings

Theodore Schultz won the Nobel Prize in Economics in 1979 (with Arthur Lewis).

During his lifetime, Theodore Schultz was awarded some honorary degrees from the following universities and colleges: Grinnell College, South Dakota State College, Michigan State University, University of Illinois, University of Wisconsin, and the Catholic University of Chile.

In 1930, Theodore Schultz married Esther Wert. This couple had three children together. They were married until his death.

Theodore Schultz died on February 26, 1998, in Illinois, USA. He was 95 years old when he passed away of natural causes.