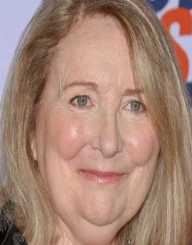 Teri Garr was born on December 11, 1944. She is a former American actress and singer. She was also a voice artist and a dancer. Her career in acting started when she was a teenager. She has appeared in films such as ‘Mr. Mom’, ‘Tootsie’ and ‘Young Frankenstein’ among others. She is currently seventy one years old.

Teri Ann Garr was born on December 11, 1944, in Lakewood, Ohio in the United States of America. She was born to Edward Leo Gonnoud who was a comedian and actor and Phyllis Lind Garr who was a dancer, model, and wardrobe mistress.

Teri Garr started her acting career as a teenager. She was popularly known by the names Terry Garr, Teri Hope, Terri Garr, and Terry Carr. In 1963, she appeared in her first movie ‘A Swingin’ Affair.’ She later got a role in the production ‘West Side Story.’ While in the production she met David Winter who would later become her mentor, best friend and dance teacher. She appeared in dances and films choreographed by Winters such as, ‘Shivaree,’ ‘Hullabaloo,’ ‘Movin’ with Nancy’ and ‘Shindig!’ among others.

In 1968, Teri Garr appeared as a damsel in distress in the film ‘Head’ which was written by Jack Nicholson. In 1974, she got a major role in the film ‘The Conversation’ which made her even more popular. In the same year, she appeared as Inga in the comedy ‘Young Frankenstein.’

In the 1970s, she appeared in successful films such as ‘The Black Stallion,’ ‘Close Encounters of the Tired Kind,’ ‘Oh, God!’, ‘After Hours,’ ‘Mr. Mom’ and ‘Let It Ride’ among others. She also appeared in television shows such as ‘Hullabaloo’ and ‘Shindig!’ In 1968, she appeared in the shows ‘The Andy Griffin Show,’ ‘It Takes a Thief’ and ‘Mayberry R.F.D..’

She later landed a recurring role in ‘Friends’ as Phoebe Abbott. Other films she has appeared in include, ‘Firstborn’, ‘Full Moon in Blue Water’, ‘Out Cold’, ‘Dumb and Dumber’, ‘Ready to Wear’, ‘The Sky is Falling’, ‘Life Without Dick’, ‘Expired’, ‘Mom and Dad Save the World’, ‘The Winter of Our Discontent’, ‘The Escape Artist’, ‘The Moonshine War’ and ‘Red Line 7000’ among many others.

In 1993, Teri Garr got married to John O’ Neil, but they divorced in 1996. In the same year, she also gave birth to her daughter, Molly O’Neil. In 2002, she was diagnosed with multiple sclerosis. In 2006, she suffered from a brain aneurysm which affected her speech and motor skills. After intense therapy, she regained both her speech and motor skills. Since 2007, she has not appeared in any films or television shows. She is currently seventy one years old.