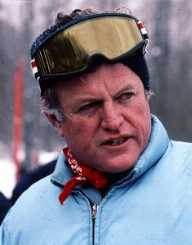 Edward Moore "Ted" Kennedy, an American politician who held the post of United States Senator from 1962 until his death in 2009, was born on February 22, 1932, in Boston, Massachusetts, United States of America to Joseph P. Kennedy Sr. and Rose Fitzgerald. Youngest brother of John F. Kennedy and Robert Kennedy, Ted was the fourth son and youngest of nine children of his parents who grew up in a traditional Irish Catholic family with a privileged background. His father was an affluent businessman and also held many key posts in and out of government including a tenure as ambassador to London, United Kingdom.

During his childhood his family frequently changed their bases due to his father’s different postings and moved around among the cities of Bronxville, New York, Hyannis Port, Massachusetts, Palm Beach, Florida, and the Court of St. James's in London, U.K. As a result, the education of Ted Kennedy, as well as his other siblings suffered considerably. By the age of 11, he attended ten different private schools.

Ted Kennedy received his first formal education at Gibbs School, in Sloane Street, Kensington, London and after changing the school several times finally got enrolled at the Milton Academy in 1946. He graduated from the Milton Academy in 1950 and enrolled at Harvard University after that. He graduated from Harvard in 1956 and studied briefly at the Hague Academy of International Law. He received his Law Degree from the University of Virginia in 1959 after studying at the Virginia Law School.

Academically, Ted Kennedy was nowhere near his over-achieving brothers and was a very mediocre student finishing 36th in a class of 56 when he graduated in 1950. However, he was outstanding in sports especially Football besides excelling in other sports like Athletics and Tennis. He also actively participated in cultural activities like drama, debate and the glee club during his student days. Ted’s academic tenure at Harvard was not without its share of controversies. He was a regular in Harvard’s Football team and was very passionate about his place in the team. He was required to pass the final Spanish language examination to maintain his eligibility to secure a place in the team. Therefore, he convinced a classmate to write the Spanish examination on his behalf. The cheating was duly discovered, and Ted was expelled from the college.

The college had a provision to revoke the expulsion after two years on account of ethical behaviour. To demonstrate his conduct, TTed Kennedy enlisted for a two-year stint in the United States Army and with the influence of his father received a cushy assignment as a guard at the Supreme Headquarters Allied Command in Paris, France instead of being deployed to the ongoing Korean War. He was discharged from the Army as a private first class in March 1953 after serving it for 21 months. He was accepted at Harvard and completed his graduation from there in due course of time.

In 1960, Ted Kennedy's brother John F. Kennedy ran for the Presidency of the United States, and Ted was assigned the duty of managing the election campaign of his brother in the Western States. John successfully won the election and became the 35th President of the United States. Ted was elected to John’s former U.S. Senate seat representing Massachusetts in 1962. Unfortunately, John F. Kennedy was assassinated in Dallas, Texas in the following year.

Meanwhile, Ted Kennedy suffered a fatal plane crash when the passenger private airplane Aero Commander 680, he was traveling on board, crash-landed into an apple orchard in the western Massachusetts town of Southampton on account of bad weather. The plane was to travel between Washington and Massachusetts. The pilot and one of Kennedy’s aides were killed, and Kennedy was sent to the hospital after recovering him from the wreckage of the airplane.

Ted Kennedy was bedridden for months in the hospital convalescing from a severe back injury, a punctured lung, broken ribs, and internal bleeding. His wife Joan did all the campaigning on his behalf in the regular 1964 U.S. Senate election for Massachusetts. In spite of his absence throughout the election campaign, he won the election for his first full Senate term garnering 74.4 percent of the total votes polled.

Ted Kennedy successively won seven more consecutive terms as U.S. Senator until his death in 2009. He was the second most senior Senator and the fourth longest uninterruptedly serving member in the history of the United States Senate at the time of his demise.

Ted Kennedy witnessed many tragedies during his life. He suffered the traumas of his older, developmentally delayed sister Rosemary's failed lobotomy operation in 1941. In 1944, his brother Joseph Jr. was killed when his plane was shot down during a war maneuver of the U.S. Navy. Again in 1948, his sister Kathleen died in a plane crash over the French Alps mountain range. In 1968, his closest brother Robert Kennedy ran for the post of the President. Robert won the California primary on June 4, 1968, and was shot in Los Angeles after midnight. He died a day later. Ted was devastated at the death of his closest brother and was grief-stricken beyond any consolation. He had already lost his another brother John F. Kennedy during the latter’s Presidential tenure.

Ted Kennedy assumed the role of a surrogate father for his 13 nephews and nieces belonging to his deceased brothers. He could have easily contested for the post of U.S. President and could have won it also. However, the twin tragedy of the assassination of his two brothers acted as a deterrent, and he avoided taking the plunge. He had an uncanny feeling that he would also be killed if he ever contested for the top post.

Ted Kennedy married Joan Bennett Kennedy in 1958. They were divorced in 1982 after 24 years of stormy marriage life in which Ted was accused of philandering and alcohol abuse. He married for the second time in 1992. Victoria Anne Reggie, a Washington lawyer and divorced mother of two became his second wife. The couple had two children together.

On August 25, 2009, Ted Kennedy succumbed to the complications of brain cancer diagnosed fifteen months earlier. He was at his home in Hyannis Port, Massachusetts at the time of his death.