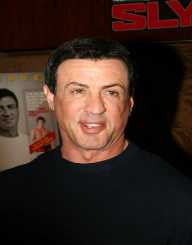 Michael Sylvester Gardenzio Stallone was born on July 6th, 1946. He one of the most famous action film stars of all time. Aside from acting, his other professions are a filmmaker, screenwriter, and a director. Initially, the path was not smooth for Stallone as he fought hard to gain important roles in the film industry. Ultimately, he managed to do the unthinkable by later being one of the leading Hollywood stars. His career turning point came after playing the leading role in Rocky-1976. Later on, Sylvester Stallone went on to reprise his character in subsequent films such as First Blood-1982 and its sequels. His career dragged for a while but later remerged featuring in the 2010 hit film The Expendables. A few years later, in 2015, he reprised his role in the Rocky film in the Creed-2015. This movie not only earned him Golden Globe award but it also bestowed him another Oscar Award.

Sylvester Stallone was born on July 6th, in 1946. His place of birth was in the New York City. His parents, Frank Stallone, Sr. was a beautician, and Jacqueline Stallone was a former dancer. Stallone was the eldest son. There were certain complications during the birth of Stallone which led to his deformity in some sections of his face. At the time of birth, obstetricians had to use forceps to get him out of his mother’s womb. Accidental use of the forceps gave Stallone a snarling look that he normally has. This also slurred his speech.

Troubled during his childhood period, Stallone spent a few years of his life as a child in foster care. The relationship between their parents was not smooth. This later led to their divorce. When he was five years old, the entire family migrated to Washington D.C. which was a move that would make it convenient for his father to run his salon business. Soon after Stallone’s parents divorced, he stayed with his father for some time.

Later, Stallone moved to Philadelphia where his mother lived with her new husband. He enrolled in one of the special schools in this area before joining college. Initially, Stallone studied drama at the American College situated in Switzerland. Shortly after this, he enrolled at the University of Miami where he specialized in arts. Feeling out of place at the university, Stallone moved to the New York City with the aim of pursuing his acting career.

Sylvester Stallone first appearance as a lead actor was in an adult film during the 1970s. This film was called The Party at Kitty and Stud's-1970. His role in the movie depicted his early desperation signs for recognition in the film industry. In addition to this, he was facing certain personal financial challenges, and he, therefore, had to earn something.

In 1976, Sylvester Stallone’s turning point in his career finally came.  Rocky movie got its release in 1976 with its director being John G. Avildsen. The movie was a major hit as it earned up to 10 Academy Awards nominations. Some of the roles that there were nominated for were for best actor, picture and best director. With competition for the best picture award and the Oscar award from other hit films such as All the President’s Men, Network, and Taxi, Rocky was the best of them all and bagged the Oscar award. The highly acclaimed movie was a commercial hit earning approximately $117 million for box office.

After featuring in Rocky, Stallone went on to reprise his character in Rocky II -1979. In 1982, he starred in Rocky III. Still, in 1982, the birth of his famous character- John Rambo came into existence after releasing the action movie First Blood-1982. The movie was highly appreciated globally, and thus it was a commercial success for box office.
His acting failures included the 1984 comedy Stallone starred with Dolly Parton, Rhinestone.

After disappearing from the high budget action movies for a while, Stallone re-emerged in The Expendables-2010. He starred alongside other famous actors such as Arnold Schwarzenegger and Bruce Willis. Recently, in 2015, Stallone reprised his Rocky Balboa role in the Creed-2015. This was a major hit as it went on to earn Stallone the Golden Globe Award. He was rewarded for being the best supporting actor. In addition to this, he received his 3rd Academy Award nomination. Rumor has it that he is still to appear in upcoming movies such as Guardians of the Galaxy Vol. 2 which would be officially released in 2017.

Stallone first marriage was to Sasha Czack in 1974. They had two sons together before separating after spending more than ten years together. His second marriage was to Brigitte Nielsen in late 1985. The pair did not last long as they divorced in 1987. He went on to marry Jennifer Flavin in 1997. They have three daughters together.