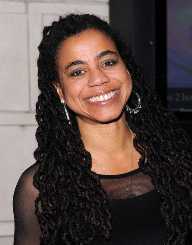 Susan-Lori Parks was born on May 10, 1963, in Fort Knox, Kentucky, United States. She is an American musician, novelist, and playwright. She won the 2002 Pulitzer Prize for Drama for her major work ‘Topdog/Underdog.' Her other notable works include ‘Venus,’ ‘365 Days/365 Plays’ among others.

Susan-Lori Parks was born on May 10, 1963, to army officer Francis McMillan and Donald Parks. She was born in Fort Knox, Kentucky, the United States in a family of three children. She grew up in a military family. Her family moved depending on where her father was stationed. In 1974, she moved to West Germany where her father was posted. She went to middle school before and later joined German High School.

Susan returned to the United States and went to school in various states including Kentucky, North Carolina, California, Maryland, and Texas. Susan eventually completed high school from The John Carroll School in 1981. She received her B.A in English and German literature from Mount Holyoke College in 1985. Her instructor was James Baldwin who inspired her to pursue becoming a playwright. She attended Drama Studio London where she studied drama for one year to become acquainted with stage work.

Susan-Lori Parks began her career by producing her first play known as ‘Betting on the Dust Commander’ in 1987. The play was performed at the Gas Station bar in New York City. She continued with her productions which gave rise to ‘The Imperceptible Mutabilities in the Third Kingdom’ (1989) and ‘The Death of the Last Black Man in the Whole Entire World’ (1992). She earned an Obie Award for ‘The Imperceptible Mutabilities in the Third Kingdom’.

After producing ‘Venus’ in 1996, she received another Obie Award. ‘Venus’ was an ideal play performed at the Public Theatre under director George C. Wolfe. The storyline depicted an African woman known as Saartjie Baartman whose physical appearance was the center of attraction. She later produced ‘Scarlet Letter Inspired in the Blood’ in 1999. In 2003, she produced ‘Fucking A’ in 2003.

In the history of all plays Susan-Lori Parks' well-crafted play, Topdog/Underdog became her most notable work. The play is about two African-American brothers by the names Lincoln and Booth appearing in an arcade set up. The play was first staged at the Public in 2001 before gaining access to Broadway’s Ambassador Theatre. In the latter performance, it featured starring Jeffrey Wright and Mos Def.

Her work was first nominated for a Tony Award and later earned the Pulitzer Prize for Drama in 2002. She was also the first African-American female writer to receive the prize. In the same year, she won The MacArthur ‘Genius Grant’ Award. The next year in 2003, she published her first novel titled ‘Getting Mother’s Body.’

Apart from stage plays, Susan-Lori Parks has also done several screenwriting works including the 1996 Spike Lee’s film ‘Girl 6’. She also worked for Oprah Winfrey penning down the script for Zora Neale Hurston’s novel ‘Their Eyes Were Watching God’ (2005). The novel got adapted into a television series by Oprah with Halle Berry as the starring.

She went on to write musicals and also her collection of plays ‘365 Days/365 Plays.' She was also part of the work ‘Porgy and Bess’ by George and Ira Gershwin. The work received a Tony Award under the musical revival category. ‘Father Comes Home From the Wars’ (Parts 1, 2&3) premiered in 2014.

Susan-Lori Parks was married to blues musician Paul Oscher in 2001. The couple divorced in 2011. Currently, she is in a relationship with Christian Konopka with whom she has one child. She is an instructor of playwriting at Tisch School of the Arts. She is fifty-five years old now.