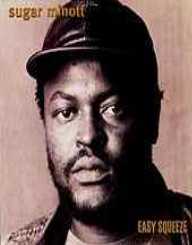 Sugar Minott was born on May 25th, in 1956. He earned his fame for being a Jamaican reggae singer. Besides this, he was also a sound-system operator and a producer. Minott garnered high acclaim after releasing “Good Thing Going.”

Sugar Minott was born as Lincoln Barrington on May 25th, in 1956. His birthplace was in Kingston Jamaica. Born in a family of eight children, Minott began his career as a sound system operator during his teen years.

Initially, Sugar Minott worked as a selector for Sound of Silence Keystone. Later on, he established his system group called Gathering of Youth System. In 1969, he joined forces with Derrick Howard and Tony Tuff to form the African Brothers. Together, the team released many singles during the early 1970s.

With time, his career took form as he began taking on a solo career as a percussionist and a guitarist. During this period, he associated himself with Studio One. The studio was the first ever Jamaican studio to be owned by a black individual.

Some of Minott’s early singles while working with Studio One include “Mr. DC,” “Jah Jah Children” and “Hang On Natty.” He garnered high acclaim after releasing his debut album dubbed Live Loving. Shortly after, he released his second work Showcase.

After that, Sugar Minott released Bitter Sweet. It did not take time before releasing yet another album called Ghetto-ology. The latter album was more of a roots reggae genre of music. He switched his style of music in 1980 with the release of lovers rock genre album called Roots Lovers. The album won him a considerable fan base in the UK. He was well known in the UK as compared to his hometown in Jamaica.

Sugar Minott's biggest hit came with the release of Michael Jackson’s song “We’ve Got a Good Thing Going.” However, he named his version “Good Thing Going.” His release performed well as it was ranked fourth on British charts in mid-1981.

Sugar Minott tied the knot with Maxine Stowe in 1993.

Sugar Minott passed away on July 10th, in 2010. Before his demise, he had been admitted to the University Hospital situated in Jamaica. Later, he lost his life while at the hospital. He left behind his wife and 13 children.