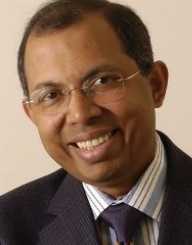 Subir Chowdhury was born on January 12, 1967, in Chittagong, Bangladesh.

For his post-secondary education, Subir Chowdhury first attended the Chittagong Medical College, but he later transferred to the Indian Institute of Technology. He graduated from this school in 1989 with a bachelor’s degree in aeronautical engineering.

In 1991, after taking a short break from studying to have a job, Subir Chowdhury moved to the United States. While here, he attended Central Michigan University. He graduated from this school in 1993 with a master’s degree in industrial management.

Subir Chowdhury’s first job after earning his master’s degree was working for General Motors. While working here, he began writing his first book with Ken Zimmer. The book, QS-900 Pioneers, was published in 1996. It was more of a reference book than a leisure book, as it was all about the standardization of engineering practices.

In 1998, Subir Chowdhury changed jobs and became the executive vice president of the American Supplier Institute. In the next year, he published his second book (written with Genichi and Shin Taguchi) called Robust Engineering. In 2000 he published two books Management 21 C and The Mahalanobis-Taguchi System (written with Genichi Taguchi and Yuin Wu). In 2001, he published two more books: The Power of Six Sigma (which would go on to be one of his most famous books) and The Talent Era: Achieving a High Return on Talent. In 2002, he published three more books: Organization 21C, Design for Six Sigma, and The Power of Design for Six Sigma.

In 2003, Subir Chowdhury left the American Supplier Institute to open his own consulting group: the ASI Consulting Group. The next year, he published another book: Taguchi’s Quality Engineering Handbook (written with Genichi Taguchi and Yuin Wu). In 2006, he published two more books: The Ice Cream Maker and Next Generation Business Handbook. In 2011, he published The Power of LEO: The Revolutionary Process for Achieving Extraordinary Results. He published his next book: Roust Optimization: World’s Best Practices for Developing Winning Vehicles (Written with Shin Taguchi).

As of 2017, Subir Chowdhury still works with the ASI Consulting Group. In this year he also wrote his most recent book: The Difference: When Good Isn’t Good Enough.

Subir Chowdhury has won many awards throughout his career, in part of his books and in part for what he has done with his consulting company. Some of his most prestigious awards are listed below.

Subir Chowdhury is a fellow/member of the following prestigious organizations: American Society for Quality, Engineering Society of Detroit, Royal Statistical Society (UK), Society of Automotive Engineers, and the Society of Manufacturing Engineers. He is also an honorary member of the International Technology Institute and the World Innovation Foundation.