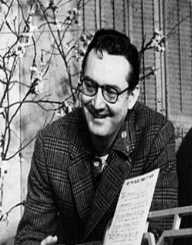 Steve Allen was born on December 26, 1921, to the couple Billy (Carroll Abler) and Isabelle Allen (nee Donohue), in the city of New York. They were comedians. Allen was looked after by his mother’s Irish Catholic family.

Allen studied at the Teachers College in Temple and left while he was a second-year student.

Steve Allen joined KOY in Phoenix, Arizona. He then joined the US. Army during WW II to get himself trained as an infantryman. He stayed most of the time at Camp Roberts, California. He remained in Phoenix for some time and relocated to California.

Allen became an announcer for KFAC in Los Angeles and then shifted to Mutual Broadcasting System in 1946. His comedy show Smile Time was broadcast from there. Allen then moved to CBS Radio in Los Angeles. The programs in KNX enhanced his reputation.

He gained experience as an announcer in 1949 for a professional wrestling match. Allen was not aware of wrestling holds in the beginning, so, Allen coined his names for many holds. The new words invented by Allen are still in vogue. The more experience Allen gained, the more versatile he became. So much so Allen began making unprepared witty comments that the audience outside the ring started to laugh.

CBS Television recognized Steve Allen talents and offered him national star status in their TV program. Allen’s debut program was in The Steve Allen Show on Christmas Day in 1950. At this juncture, Allen shifted from Los Angeles to New York. Allen exhibited his skill until the package closed in 1952. He continued his comedy programs even after that.

Allen received many accolades from many reviewers. He, in 1953, formed his TV program on WNBT station. In 1954, NBC broadcast on the network as The Tonight Show. Allen created many more shows. He got the NBC peak-time hour - The Steve Allen Show in 1956 against its competitor CBS. His programs continued on TV till 1960.

He then continued his shows on NBC from 1961 for fourteen events. Allen re-formed The Tonight Show during 1962-64 and broadcast as The Steve Allen Play house. He continued to host some variety programs till 1980.

From 1977 through 1981, Allen produced his own creative show Meeting Minds on PBS. The theme included subjects such as racism, the right to voting by women, lawbreaking and penalty, etc. Allen’s wife acted in these shows on female roles.

He commenced his composing work as early as in 1953. He had a passion for composing songs and has composed more than 8500 songs.

Steve Allen had a flair for acting too. He premiered in the film, written by him, Mack Sennett comedy, Down the Memory Lane in 1949. He featured in a few more films.

He appeared on TV drama along with his second wife Jayne Meadows in 1980. This film had three presentations on the TV drama series. Allen lent his voice for two events in 1990.

Allen authored as a comedy writer, more than 50 books and autobiography, books for children, novels, essays, and reviews. The theme of some books was his opinion on religion. He expressed his opinion frankly on religion and was an active member of scientific skepticism movement.

He was interested in rock music also. He created a single musical piano album during 1970 to 1980.

Allen was inducted into the Television Hall of Fame in 1986. He was a member of the advisory board of the Los Angeles Student Film Institute.

Steve Allen married Dorothy Goodman in 1943. They had three children by this marriage: Steve Jr., Brian, and David. They separated in 1952.

Allen married Jayne Meadows on July 31, 1954, in Waterford Connecticut. Jayne Meadows was an actress. They had a son named after Steve’s father, Bill Allen. They remained married till his death in 2000.

He was a Democrat while his wife is a Republican.

Steve Allen breathed his last on October 30, 2000, at the age of 78. He died of broken blood vessels. He was laid to rest at Forest Lawn Hollywood Hills in Los Angeles.