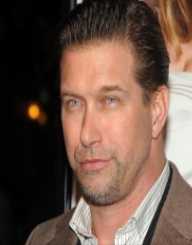 Stephen Baldwin is an American actor. He has been in numerous films including The Usual Suspects and Flintstones in Viva Rock Vegas.

Stephen Andrew Baldwin was born on May 12, 1966, in Massapequa, Long Island, New York. He is the youngest of four brothers. Alec, William, and Daniel also went on into performing arts. He also has two sisters, Elizabeth and Jane. His father Alexander was a high school teacher while his mother Carol was a homemaker.

Stephen Baldwin graduated from Alfred g. Berner High School in Massapequa in 1984. He attended the American Academy of Dramatic Arts to pursue his career in acting.

Stephen Baldwin got his start in acting in television. He played Gutterpup in the TV mini-series The Lawrenceville Stories between 1986 and 1987.  He would later make appearances in other television series in the 1980s including Family Ties and China Beach. He also found roles in films such as The Beast of War and Born on the Fourth of July.

Baldwin shows his diversity as an actor in thrillers such as The Usual Suspects, but also comedies such as Bio-Dome or playing Barney Rubble in Flintstones in Viva Rock Vegas. Other action thrillers may not have the big screen budget as others, but he is still noted for his work in films such as One Tough Cop and Scar City.

While Stephen Baldwin continued acting in roles for both television and film, he started to participate in more reality television shows in the early 2000s. He was in ABC's “Celebrity Mole,” “Scare Tactics,” “Celebrity Apprentice,” and “I'm a Celebrity...Get Me Out of Here!”

In 2002, he started to produce and direct films and documentaries. In 2005, he was the co-producer and director of a documentary short called Livin' It. He was also the executive producer of a 2017 TV series documentary called The Great American Pilgrimage.

Stephen Baldwin was also to be found on the radio, the internet, and via podcast. He and Kevin McCullough had a national radio program called Baldwin/McCullough LIVE. Baldwin left the conservative radio program in 2015 due to his acting schedule.

Stephen Baldwin became a born-again Christian after the September 11th attacks in 2001. Later he became a Christian evangelist. He wrote about his struggles in life that led him to his heightened religious awareness in a book he co-wrote with Mark Tabb in 2006 called The Unusual Suspect:  My Calling to the New Hardcore Movement of Faith.

Not only he is outspoken about his faith, but also about his political beliefs. He is a strong supporter of the Republican Party with support for presidential candidates from John McCain and Sarah Palin to Donald Trump.

Among many of Stephen Baldwin's works of activism, he is one of the supporters of the Carol M. Baldwin Cancer Research Fund. It is named after Baldwin's mother who is a breast cancer survivor. Money is raised to support breast cancer research.

Stephen Baldwin has had to deal with many financial issues. For one, he and his wife Kennya filed for bankruptcy in 2009 after they failed to pay their mortgage on their house. He was also arrested in 2012 for failure to pay taxes between 2008 and 2010.

The Unusual Suspect:  My Calling to the New Hardcore Movement of Faith with Mark Tabb, 2006