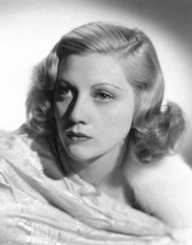 American actress, acting teacher and founder of the acting method based on the teachings of Stanislavsky method, Stella Adler was born in New York City on the 10 February 1901. Her parents were Jacob and Sarah Adler, both Yiddish theatre actors. She had four siblings, and all were involved in acting. They were: Charles, Jay, Julia, and Luther. When Adler was four years, she appeared in her first play in a theatre owned by her family. Her parents formed the Independent Yiddish Art company which promoted Yiddish theatre.

Stella Adler was mostly homeschooled. Her acting training was given by her parents and her involvement with the family business of acting.

Stella Adler first appeared on stage in London in 1919 playing the role of Naomi in Elisa Ben Avia, a show produced by Jacob Adler’s company. After a year she returned to New York City. She then appeared on Broadway in The World We Live In. Around this time Konstantin Stanislavski was visiting with the Moscow Art Theatre, and she was impressed with his ideas and acting method. In 1925, she joined American Laboratory Theatre in 1925. The ALT gave her the opportunity to familiarise and learn more about Stanislavski’s acting method. In 1931, she joined the Group Theatre in New York City and worked alongside the founders Cheryl Crawford, Lee Strasberg, and Harold Clurman.

Stella Adler and Cluman traveled to Russia in 1934 and on the way, she stopped in Paris where she had the opportunity to study with Stanislavski for five weeks. Upon her return to the Group Theatre, she began giving acting classes. In 1937 she moved to Hollywood acting in a variety of films. Films she acted in included Love on Toast, Shadow of the Thin Man and My Girl Tisa. Working as an assistant producer with MGM, she was involved in DuBarry Was a Lady, Madame Curie, and For Me and My Gal.

During this time she returned to work with Group Theatre in New York City until it broke up in 1941. Her stint in Hollywood was not overly successful as she preferred the scripts she was offered for the theatre, and she returned to New York City where she recommenced acting on Broadway and teaching drama.

Stella Adler directed two plays on Broadway during the 1943-1944 season. Manhattan Nocturne and Sunday Breakfast. Her final appearance on Broadway was in 1946 when she appeared in He Who Gets Slapped.

In 1941 Stella Adler started working at the New School for Social Research in NYC as an acting teacher. She left in 1949 when she set up her Stella Adler Acting Studio. She also taught acting at the Yale University School of Drama during the 1960s, and in the 1980s, she was head of the drama department at New York University.

Her first husband was Horace Eleascheff, and they had one child together, a daughter Ellen. They later divorced, and she married Harold Clurman a co-founder of the Group Theatre. (1943-1960) She then married Mitchell A. Wilson, a physicist, and novelist. Wilson died in 1973, and Stella Adler died in LA in December 1992, aged 91. She had one child, a daughter Ellen.

Stella Adler was author of the book The Technique of Acting.

Stella Adler was considered one of the most successful American drama teachers who had an enormous impact on the careers of many including Marlon Brando, Warren Beatty, and Robert De Niro.

She was awarded a doctorate of humane letters degree from the New School of Social Research and in 1987, Smith College presented her with a doctorate of fine arts degree.